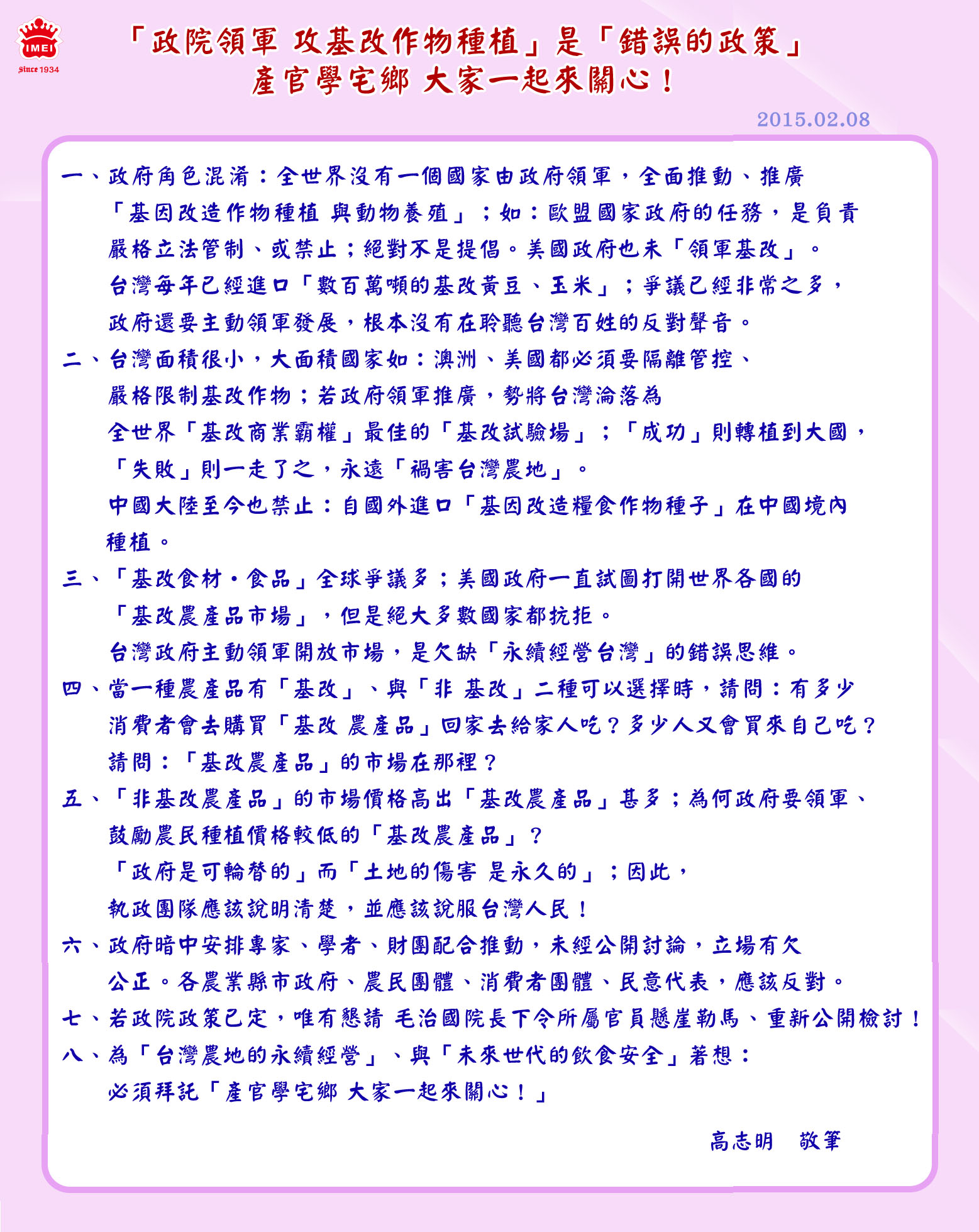 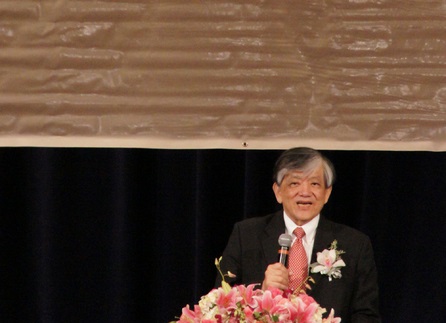 Luis Ko, the general manager of I-Mei Foods Company, recently wrote a letter to urge the government to think very carefully about the consequences of giving green lights to the marketing, sale, and planting of genetically modified foods (or GM foods). Below is the translation of the full text of his statement:


One. The government is confused about what role it should play in food safety. No country anywhere around the world takes the lead in promoting GM crops and animal breeding. For example, not a single EU national government is responsible for promotion of GM products. Rather, they have developed strict laws limiting or prohibiting such foods. Similarly, the US government is not a leader in promoting GM technology.

Taiwan already imports millions of tons of GM soybeans and corn each year, a practice which has generated a great deal of controversy. The government has been a leader in this development and has done absolutely nothing to oppose such imports in the interest of the people of Taiwan.

Two. Taiwan is relatively small country. Countries with large areas of land like Australia and the US must be diligent in isolating and controlling GM crops within their borders. If the government reduces Taiwan to the status of a proving ground for GM commercial crops for GM crop producers and the experiment is successful, the technology will be transferred back to the bigger countries. Should it fail, however, Taiwan agricultural lands will be plagued forever.

Three. The GM food ingredients and food products trend is creating more controversy everywhere around the world as the US government tries to turn the global market into a GM agricultural market. Most countries around the world, however, are resisting US pressure.

The government’s initiative to open up the Taiwan market to GM products shows that it is wrong in its thinking about a "sustainable Taiwan."

This begs the question, "Just exactly where is the market for GM agricultural products?”

Six. The government has secretly arranged promotional activities involving experts, academics and businesses and stifled public discussion on the topic, showing a complete lack of impartiality regarding GM food products.

Various agricultural county and city governments, farmers 'groups, consumer groups, homemakers' unions and other representatives of the people must be prepared to oppose the promotion of GM products.

Seven. If the Executive Yuan has already laid out its policy on GM agricultural products, Premier Mao Chih-kuo must immediately instruct officials in the government to conduct a public review of its decisions.

Eight. In the interests of sustainable management of agricultural land in Taiwan and food safety for generations to come, producers, the government, academics, homemakers and local officials must all act in concert to resist the trend toward GM food products.