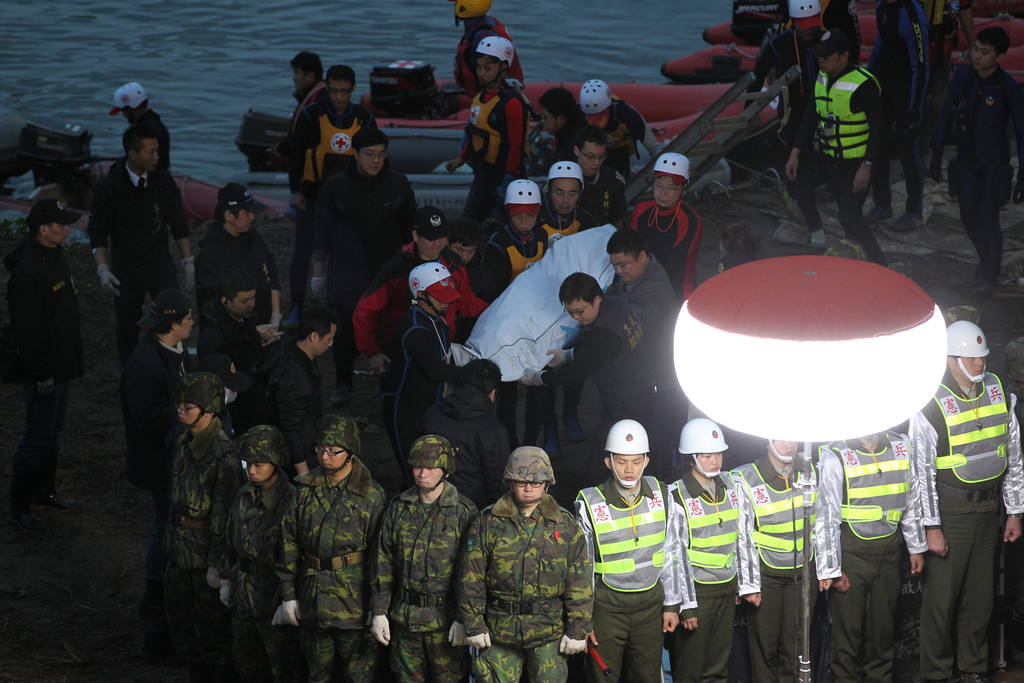 Taipei, Feb. 8 (CNA) Three people were still missing Sunday morning as search-and-rescue efforts entered their fifth day following the crash of a TransAsia Airways plane into a river in Taipei that killed at least 40 people onboard on Wednesday.
The ATR 72-600 turboprop plane, which was carrying five crew members and 53 passengers, was en route Wednesday to the outlying island county of Kinmen, a few kilometers from China's Xiamen City, when it crashed shortly after takeoff. The three unaccounted for were one Taiwanese national and two Chinese nationals, all male passengers. Among the 53 passengers, 31 of them were Chinese nationals on holiday and the other 22 were Taiwanese nationals. Only one flight attendant and 14 passengers survived.
As of Sunday morning, some 577 servicemen, firefighters and policemen from central and local governments were searching for the three missing passengers along the Keelung River in an area ranging from 100 meters upstream of the crash site to about 20 kilometers downstream of the site, near Guandu Temple. An underwater archaeological team belonging to the Academia Sinica also participated in the search using metal detectors, Sunday.
The Civil Aeronautics Administration (CAA) on Saturday has begun an evaluation of the competence of 71 TransAsia pilots operating ATR aircraft after black box data suggested pilot error might have been behind the fatal crash on Wednesday. (By Hsu Chih-wei, Angela Tsai, Lee Hsin-Yin and Kuo Chung-han)