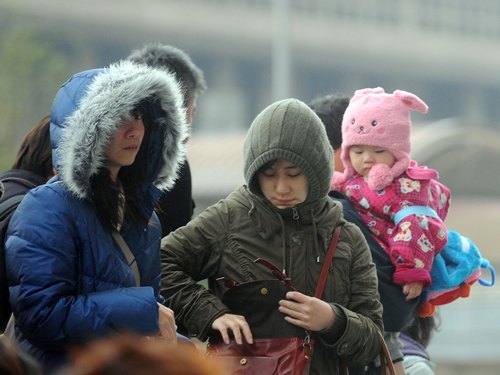 Taipei, Feb. 7 (CNA) Temperatures around Taiwan will move lower in the coming week due to the influence of a cold air mass, the Central Weather Bureau said.
The cold front will be at its strongest between Sunday and Tuesday, when overnight temperatures will drop to 11-13 degrees Celsius in northern and central Taiwan and 14-16 degrees in the southern region, according to the bureau.
Daytime highs are expected at 15-18 degrees in northern Taiwan, 18-21 degrees in central Taiwan and 19-25 degrees in the south.
Taiwan will remain under the influence of the cold air mass until Friday, although the weather front is expected to ease slightly starting Wednesday, the bureau said.
(By Chen Tzu-ling and Y.F. Low)