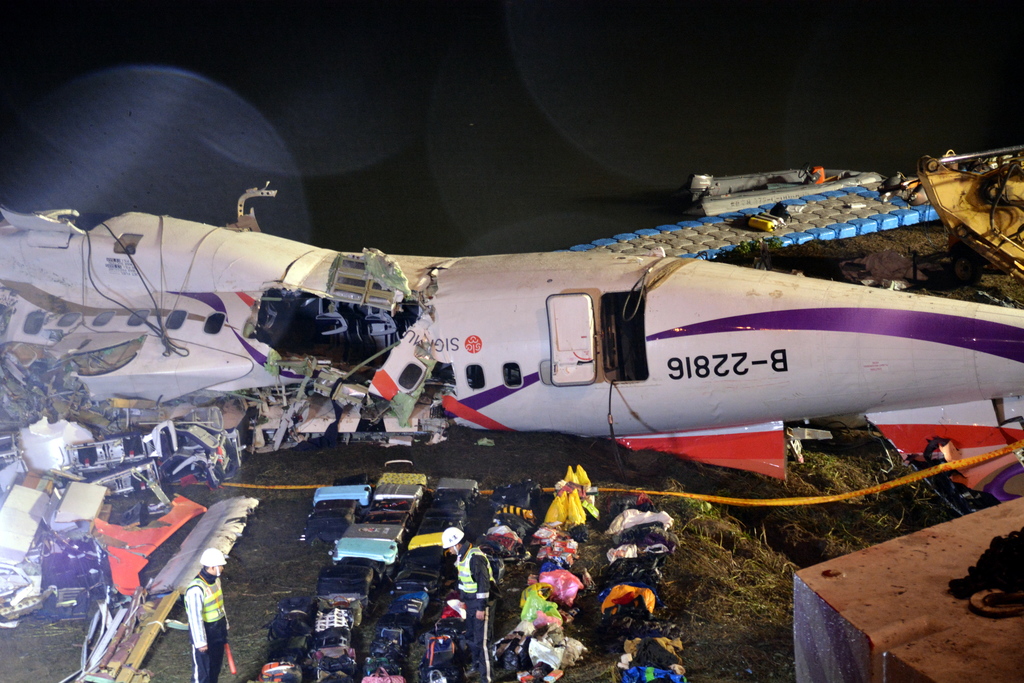 Taipei, Feb. 5 (CNA) Thirty-one people were confirmed dead, 15 injured and 12 unaccounted as of 0:50 a.m. Thursday, about 14 hours after the crash of a TransAsia Airways plane Wednesday morning, according to the Taipei City's fire department.
The ATR72-600 turbo-prop plane crashed into the Keelung River in Taipei City just minutes after taking off from Taipei Songshang Airport at 10:52 a.m. The aircraft, with 53 passengers, including 31 mainland Chinese tourists on board, was headed to the outlying island of Kinmen.
Rescue works continued after midnight, and the bodies of the pilot Liao Chien-tsung, co-pilot Liu Tzu-chung and flight engineer Hung Ping-chung were retrieved after the fuselage and other parts of the plane, which was broken into three pieces and burrowed into the riverbed, were pulled out of the river at 0:26 a.m. Thursday.
Twenty life boats are still at the scene to search for the possible survivors and rescue efforts will continue. (By Huang Jui-hung and Ted Chen)