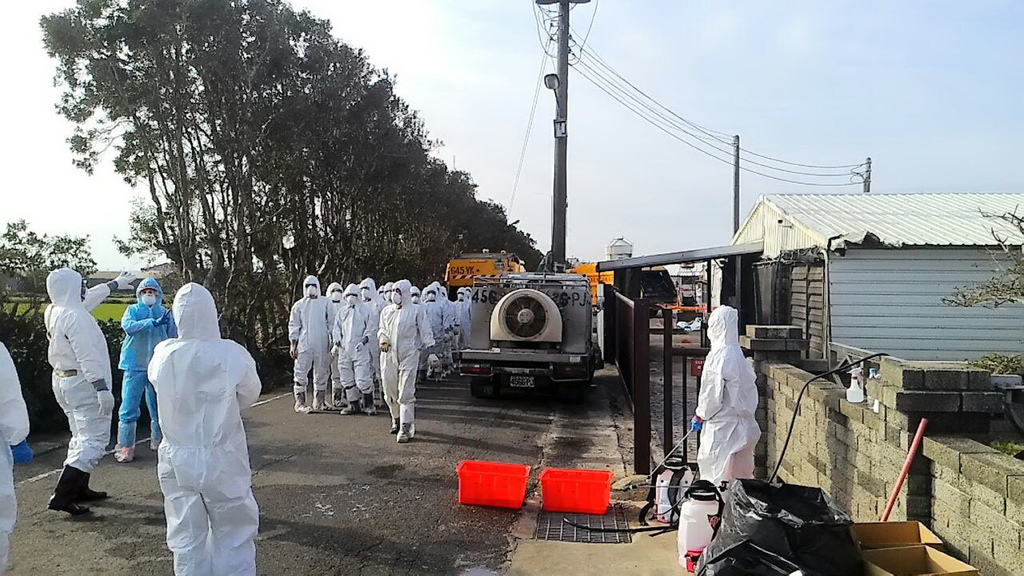 Taiwan’s smoldering avian flu outbreak spread in an entirely new direction this week as Taitung County Animal Epidemic Protection Station (AEPS) confirmed Monday that the highly pathogenic H5 virus has been found in chickens on a small farm near Taitung City. The virus outbreak, which had been gradually making its way north county by county along the west coast, now has spread across the Central Mountain Range to the east coast. Health authorities ordered the culling of all birds on the farm Monday evening.

Wu Tzu-he, director of the Taitung County AEPS, explains that several birds had died unexpectedly at the farm on January 22, prompting a check of the birds for avian flu. Initial testing at that time showed negative results, and no alarm was raised.

Sunday night, however, the Animal Health Research Institute notified the Taitung County AEPS that further testing had isolated the highly pathogenic H5 virus at the farm. Luckily there are no other poultry farms in that area, so there should be little danger that the virus might spread.

Wu said that all of the 150 guinea hens on the farm were to be culled Monday night, and all related government agencies will continue to monitor land fowl farms in the Taitung area.