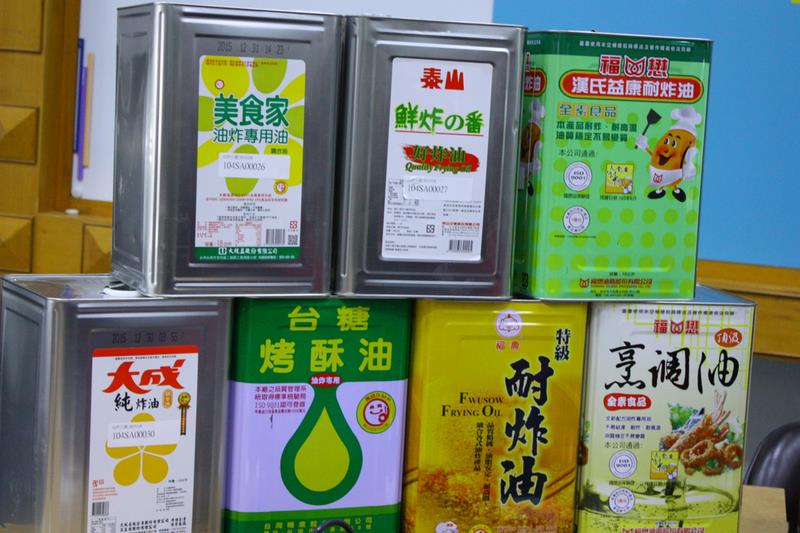 TAIPEI (Taiwan News) – The Hsinchu City Government said Tuesday it had found the potentially cancer-causing heavy metal chromium and trans fats in seven brands of cooking oil, but the manufacturers questioned the announcement.
The report followed repeated scandals in late 2013 and from September 2014 about the adulteration of cooking oil with low-grade additives unfit for human consumption.
The authorities said they had ordered restaurants and schools in Hsinchu City to stop using the oil products immediately while shops would have to removed the oils from their shelves. About 95 percent of restaurants and stalls at local night markets in the city used the seven affected brands of cooking oil, reports said.
Tests showed chromium levels between 0.03 parts per million and 0.04 ppm, reportedly enough to cause reproduction problems, renal and liver ailments and even cancer, reports said.
The trans fats present in the seven products would cause problems for human arteries if present in sufficient quantities, experts said.
At a news conference with health and consumers rights officials Tuesday, Hsinchu City Mayor Lin Zhi-jian unveiled the seven suspected products. They were types of cooking oil sold under the brands of the Taiwan Sugar Corporation, TTET Union Corporation, Fopco, Foodsmart, DaChan, Taisun Enterprise Co., Ltd. and Han Shih respectively.
The manufacturers reportedly reacted angrily to Lin’s announcement, saying they had not been guilty of any illegal actions. They said they used the same production processes as in other countries, including Japan, which made it unavoidable that trans fats were present in the final products. There was no law barring the presence of trans fats, the companies said, so the mayor was wrong to accuse them in public.
New laws demanding the mention of trans fat amounts higher than 0.3 gram would only come into effect from July 1, the companies said. Lin had no case to accuse them of having put erroneous or misleading labels on their products, according to the manufacturers.
The companies said the presence of chromium was hard to avoid, but even in the United States the maximum level of the substance in bottled mineral water stood at 1 ppm.
If no chromium at all was allowed in foods, then nothing would be edible anymore, the manufacturers said.