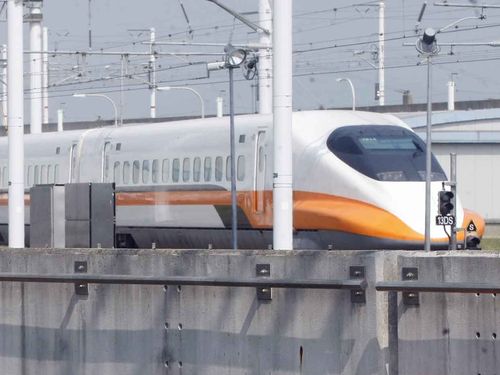 Taipei, Jan. 19 (CNA) Taiwan High Speed Rail Corp. (THSRC) will request nearly NT$400 billion (US$12.7 billion) in damages should the government take over full control of the financially ailing bullet train line, the company said Monday.
THSRC could face bankruptcy in March or April because it doesn't have the cash needed to meet potential preferred share redemption obligations.
The government tried crafting a financial restructuring plan to stave off bankruptcy proceedings, but it was rejected earlier this month by lawmakers, leaving a government takeover as one of the few options left.
That could cost the government a total of NT$700 billion, including NT$300 billion in compensation to the company for past damages.
The company said Monday that the compensation should actually total closer to NT$400 billion, including a NT$10.4 billion shortfall from providing fare discounts, NT$235 billion in losses attributed to changes in economic conditions, and NT$152 billion in losses from acts of God such as damage from the 921 earthquake in 1999.
The rail company has entered mediation with the Ministry of Transportation and Communications to reach an agreement on the proper level of compensation as the company is as allowed to do based on its contract with the ministry.
On Dec. 16 last year, the two parties agreed to extend the mediation until Feb. 16 this year.
The high-speed rail company said it will continue to push its claims with the government to preserve the interests of its shareholders. (By Wang Shu-fen and Ted Chen)