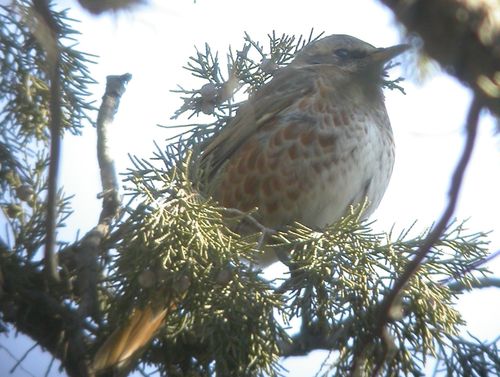 Taipei, Jan. 19 (CNA) A Naumann's thrush, a migratory bird uncommon to Taiwan, was confirmed Monday to be infected with an avian flu virus of the H5 subtype, prompting concerns over the state of monitoring migratory birds as the disease continues to spread.
The thrush was found dead on Jan. 16 in Pingtung County, southern Taiwan, according to a local animal health agency. In wake of the confirmed infection of three Chinese bulbuls earlier in the day and the wider outbreak of avian flu among domestic poultry, Pingtung Magistrate Pan Men-an urged the central government for more comprehensive monitoring of wild birds.
County and city governments have limited resources that prevent them carrying out such a task, Pan said, asking for subsidies to put up nets around fowl farms to prevent intrusion by wild birds.
As of Monday, over 520,000 chickens, geese and ducks have been culled in the wake of the outbreak, and officials estimate that 1 million chickens will end up being culled by the time the disease is eradicated in Taiwan.
(By Kuo Chu-chen and Lee Hsin-Yin)