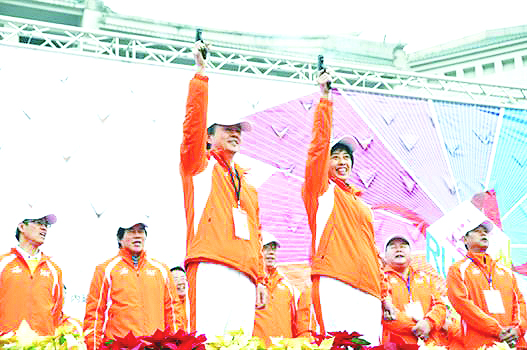 In the half marathon races, Taiwan's Ho Chin-ping grabbed the men's title after racing across the 21 km distance in 1:07:17, beating the record he set last year, while Yu Ya-chun, also from Taiwan, clocked 1:24:31 to win in the women's group.

The Kinmen Marathon is a high-profile running event in Taiwan known for its blend of beautiful scenery, rich cultural heritage, and landscape along the road, including Chihu Wetlands, Guningtou Battlefield, and Green Tunnel.