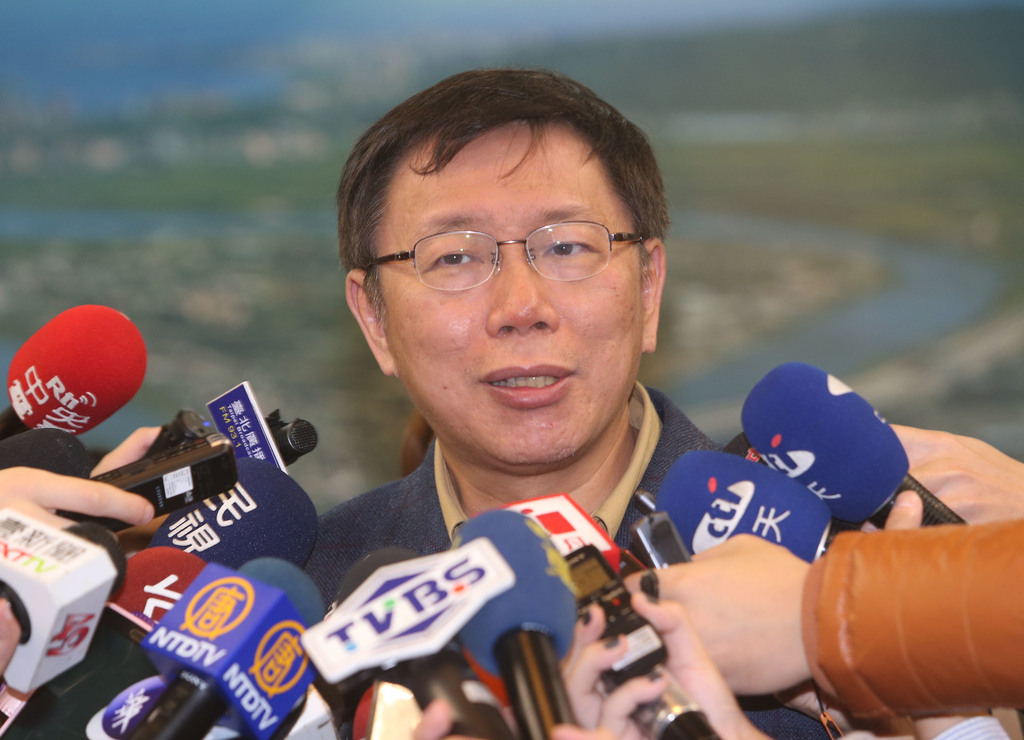 Taipei Mayor Ko Wen-je jolted the world of politics in Taiwan Wednesday evening in a cable news interview in which he disclosed a possible campaign donation of NT$300 in last year’s mayoral campaign. Ko related that he wanted to visit a certain business figure during the run-up to the elections but was rebuffed with the explanation that the entrepreneur had already "invested" NT$300 million in another candidate, and would not see him because he did not want to “change horses in midstream.”

Ko derided the political culture in Taiwan, pointing out that the cost of elections at every level on the island are too high. Where does that kind of money come from? he wondered. And more importantly, he mused, If someone donates NT$300 million to your campaign and you are elected, "What are you expected to do in return?"

Wen-Je Ko pointed out the high cost of elections, adding that a key problem is where the money comes from and where it goes. "The money does not go into your account, and you do not spend it. The money is donated to someone close to you." Ko said this kind of campaign practice can attract swarms of "political cockroaches" that try to gorge on the money, adding that he would like to grab a slipper and just kill them off one by one. Ko added that he does not believe that the money in question went to Ma Ying-jeou, nor into his pockets. The asked, a bit incredulouly, "You believe him?" and Ko replied, "And what if I do?" He said people would still give Ma large sums of money for campaigns.

Wen-Je Ko joked that his campaign found it difficult to raise funds when no one thought he would win and everyone was reluctant to ‘invest’ in him. Then in the last two weeks the tide turned and it looked if he would win, and when that happened people came from out of nowhere offering money by the hundreds of thousands, by the million. I heard someone mention NT$12 million, and that’s when I said, "I'm sorry, I have to stop (fundraising)." If there is another election, he cracked, ‘investors’ should come to us earlier, and maybe then people would not be so eager to contribute to the other side.