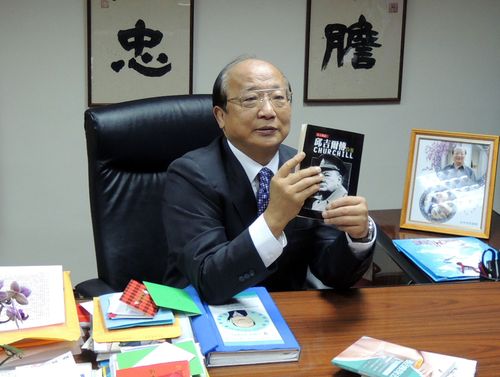 TAIPEI (Taiwan News) – Defeated Taichung Mayor Jason Hu will join the Want Want China Times Group, though it was not known yet in which capacity, reports said Wednesday.
Hu lost a bid to extend his 13-year hold on the Taichung City Government when Democratic Progressive Party candidate Lin Chia-lung won 57 percent of the vote in the election last November 29.
The veteran Kuomintang politician has since also come under attack for alleged problems with the BRT rapid bus system and with the construction of a concert hall.
In an online posting, Hu said Wednesday evening that February 1 would be his first working day at the Want Want China Times Group, though he failed to explain if he was joining as a manager, a board member or as a news executive. The group has frequently come under fire for its overly pro-China or pro-KMT views.
As a former government spokesman, foreign minister and KMT vice chairman, Hu had been expected to stay in politics or to head to university to teach.
He acknowledged he had contacted some colleges, but Want Want founding chairman Tsai Eng-meng had invited him to work at his group. Hu described himself as the first politician to leave politics and go straight into the media world.
After the KMT’s crushing defeat in the November elections, he had been named as a potential candidate for premier or party chairman. Vice Premier Mao Chi-kuo was promoted to premier shortly after the elections, and this Saturday, KMT members are expected to elect New Taipei City Mayor Eric Liluan Chu to be the new party chairman, since he is the only candidate.