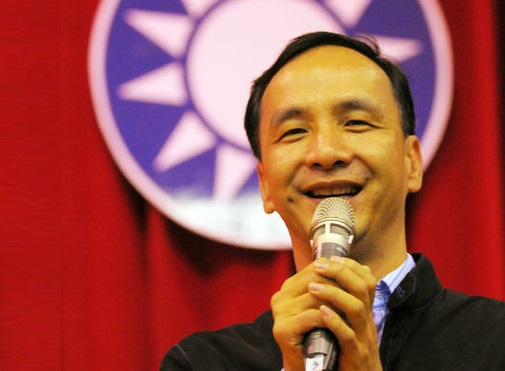 New Taipei City Mayor Eric Chu said Monday that the city government is well aware of the need to make good use of facilities that will be used in the Taipei World Universiade 2017. Chu was responding to questions raised by Taipei Mayor Ko Wen-je Sunday during an inspection tour of the construction site in Linkou for the athletes village for the event. Ko expressed his concern that some of the building in the complex will be used during the 12 days of the Universiade but then will simply be torn down once it is over.

Ko noted that the buildings that will house athletes during the meet will afterwards be transferred to the New Taipei City Government and converted into public housing. Ko said that he has not been informed of how the handover will be carried out and what plans the New Taipei City Government has for developing and using the area following the conclusion of the Universiade. "If Taipei City were handling all this on its own,” said Ko, “that would be another matter."

In response, Mayor Chu said that the Construction and Planning Agency (CPA) had provided the land and funds for the Universiade and New Taipei City would take over management of the athletes village following the conclusion of the event. He noted that there are seven venues that are being handled in coordination with the Taipei City Government. Chu stressed that the city has plans in place for fixing up and managing the facilities it will inherit from the Universiade. He added that in the future New Taipei City will cooperate with the CPA as well as the Taipei City Government on how to handle the facilities remaining after the event.

Chu stressed that each of the World Universiade venues will be converted for further use, with some to be utilized as sports facilities or local meeting halls that everyone can use. "They will not sit idle or be trashed after being used for only 12 days,” he promised.

Ko Wen-je criticized a number of things he found at the Linkou site including one pedestrian bridge that was in bad repair. Chu explained Monday that the bridge in question was put up a long time ago by the Linkou Township Office and was scheduled for improvement. He noted that some of the older structures in the area will be removed or rebuilt as part of preparations for the Universiade.