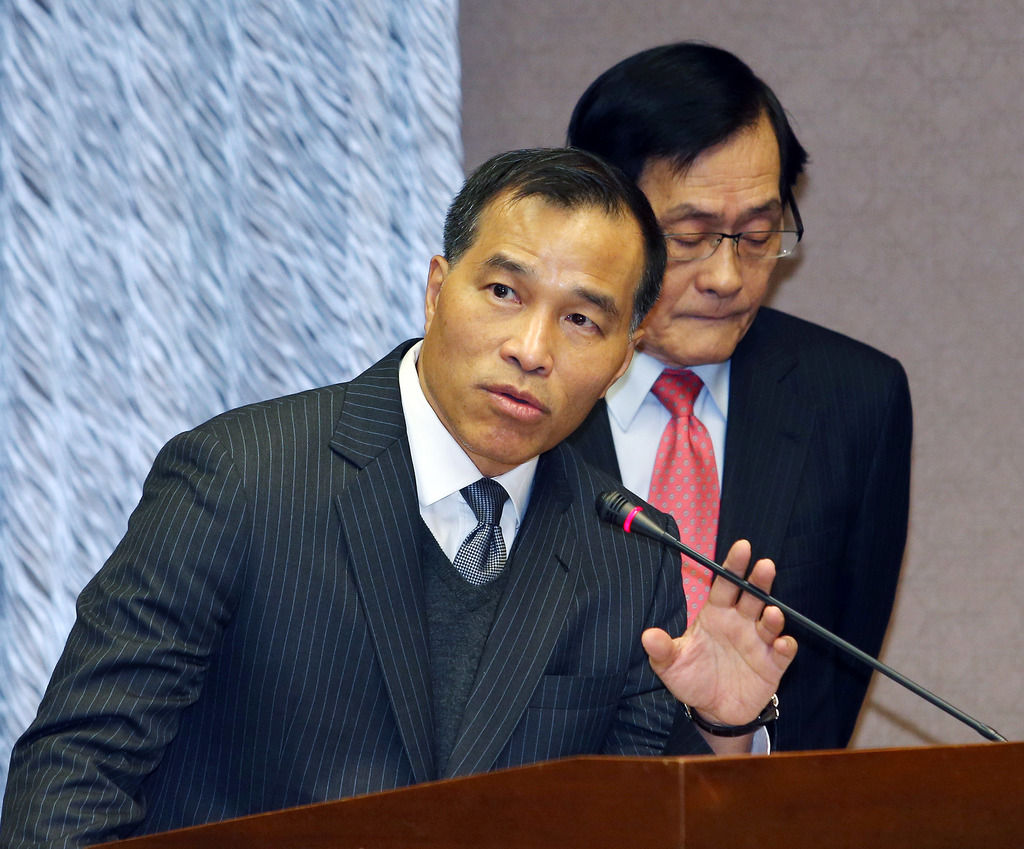 TAIPEI (Taiwan News) – In a surprise move, Transportation Minister Yeh Kuang-shih tendered his resignation Wednesday night after Kuomintang legislators failed to back his reorganization plan for the troubled high-speed rail company.
The 18-to-0 outcome of the KMT caucus vote at the Legislative Yuan’s Transportation Committee made it almost sure that the Taiwan High Speed Rail Corporation would be declared bankrupt in March and taken over by the government in May, reports said.
Yeh was reportedly angry that the lawmakers from the ruling party failed to support the government and that some accused the financial reform plan of favoring Big Business.
THSRC Chairman Tony Fan also tendered his resignation in order to avoid becoming embroiled in bankruptcy proceedings, reports said. He said he was a professional manager who did not understand politics, while he also described the financial package that had been rejected as the best possible solution for the company’s problems.
The government proposal wanted to grant a 40-year extension to THSRC’s concessional right to run the rail system so it could have more time to raise capital. Members of the public would be allowed to buy stock in the company from 2016, reports said. The move would allow the company to run for at least another five decades under the original build-operate-transfer model.
Critics from both KMT and opposition Democratic Progressive Party lashed out at the plan because it would unfairly benefit certain interests. At Wednesday’s vote, some KMT lawmakers said it was not their responsibility to rescue a disaster left behind by a DPP administration. The high-speed rail project got off the ground during the presidency of Chen Shui-bian between 2000 and 2008.
Yeh defended his plan because it would allow the company and the rail system to survive under the best possible conditions, avoiding all the risks involved by a bankruptcy and a de facto nationalization. He said the reform package would not benefit a small group of businesses and shareholders, but bring advantages to all of the public.
In his resignation statement, he described the salvaging of THSRC as one of his most important tasks since taking over the ministry in February 2013. “Preparing to take over and buy (the company) might result in a loss for all the people,” he said.
Under his plan, the number of shareholders would be expanded from just the original five to all members of the public, he said. Yeh accused some media and so-called experts of throwing doubt on the package and of misinforming the public about its true nature.
Before his defeat in the KMT vote, Yeh said that the fact that the five original shareholders held 37 percent of the company’s equity might mean they could overrule government proposals once it was taken over.
Some lawmakers proposed a capital reduction first to eliminate the influence of the five shareholders before a capital increase with publicly-owned banks playing a major part in the transformation.
By coincidence, Wednesday also marked Yeh’s 57th birthday. Lawmakers reportedly wished him a happy birthday before voting down his THSRC rescue package.