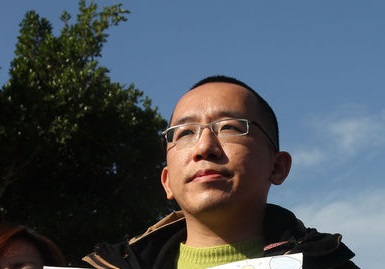 TAIPEI (Taiwan News) – Former President Chen Shui-bian’s son Chen Chih-chung might have to wait at least two years before he can run for a legislative seat for the Democratic Progressive Party, the opposition said Wednesday.
The ex-president’s release on medical parole Monday after serving six years and 40 days of a 20-year sentence for corruption has focused renewed attention on his family’s political ambitions.
His only son, Chen Chih-chung, wanted to rejoin the DPP which his father once led in order to run for a seat in the Legislative Yuan, reports said.
He left the party in June 2010 to run as an independent in the election for the Kaohsiung City Council, forcing him to wait five years before being allowed to apply for re-entry and an additional two years before he could run for public office. In the event his application was immediately approved later this year, Chen would not be allowed to stand for election until 2017 at the earliest, too late for the next legislative elections.
However, the younger Chen said that the two-year waiting period should be counted from September 2013, when he started applying to rejoin the DPP. In 2010, his withdrawal from the party was the result of negotiations, so the five-year waiting period should not apply to him either, reports said. The case was reportedly being considered for arbitrage by party bodies.
Chen denied accusations that he had been breaking party discipline by running as an independent in 2010 and added that Kaohsiung City Mayor Chen Chu was willing to testify and explain the situation.
The only way for Chen to become a legislative candidate for the DPP if his case was rejected, was if the party recruited him to run in an election district where it was difficult to find a candidate, reports said. Such was not the case in Kaohsiung’s Chienchen and Hsiaokang districts, where he was most likely to run, according to media reports. Chen had already renamed his offices to legislative campaign offices, reports said.