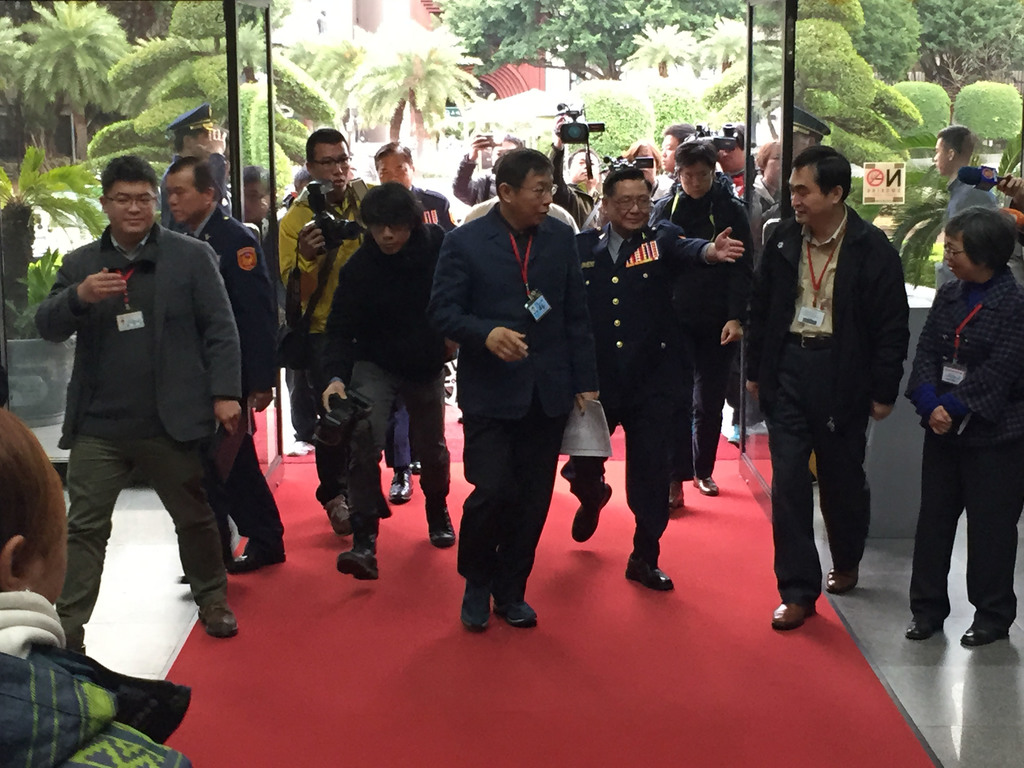 TAIPEI (Taiwan News) – Police officers should reject influence peddling by politicians, Taipei City Mayor Ko Wen-je said during a visit to the capital’s police headquarters Wednesday.
The visit followed tension between the new mayor and the police over issues such as the availability of city officials and the status of reporters at protests.
During the meeting with Taipei police chief Huang Sheng-yung and 50 other senior officers, Ko reportedly said they should concentrate on the problems of drugs and violent crime.
The mayor also said that police promotions and personnel changes should not be subject to interference or influence peddling by elected politicians.
During the 45-minute meeting, Ko told police that he had the impression that traffic in the capital between 6 and 8 p.m. was far too sluggish, and that police should do more to improve the traffic flow.
Huang told reporters that even though he was retiring in nine days, Ko had still invited him to serve as a law-and-order consultant to the city government.
Huang’s deputy, Chou Shou-sung, was at the heart of the new mayor’s dissatisfaction with the availability of senior city officials. On New Year’s Eve, as the police proposed to reserve special areas for journalists to cover protests, Ko failed to reach Huang because the latter had taken leave to attend a funeral, reports said. when the mayor called Chou instead, he found the deputy police chief had switched off his cell phone.
The incident led Ko to insist at a meeting Tuesday that he should be able to reach every city department commissioner 24 hours a day. Earlier, he also decreed that the department chiefs should report their meals outside their families in a measure seen as combating eventual corruption.
On Tuesday, Ko also rejected the police proposal for special media areas at protests, though he said reporters should be wearing special vests identifying them as media employees, while police would also be clearly tagged to solve allegations of brutality.