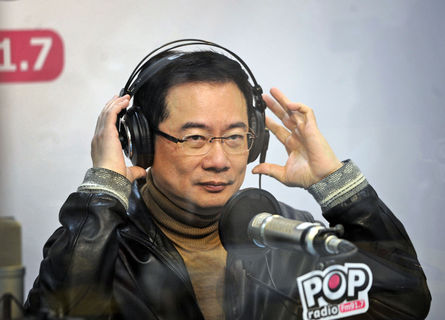 TAIPEI (Taiwan News) – The recall vote against Kuomintang legislator Alex Tsai is most likely to take place on February 14, the Central Election Commission said Wednesday.
Campaigners accusing Tsai of putting the opinions of President Ma Ying-jeou and of the KMT above public opinion managed to garner enough signatures last month to force a recall. They failed however in similar attempts against Wu Yu-sheng and Lin Hung-chih, two other prominent KMT lawmakers.
If the recall vote succeeds, it will the first one in Taiwan history to do so, reports said.
CEC official Chuang Kuo-hsiang told reporters that of the 60,000 or so endorsements the body had received from the campaigners, about 10,000 had been declared invalid, but that still left 49,000 valid ones, more than the minimum of 38,939 necessary to force a recall.
After discussions between the CEC and the Taipei City Election Commission, February 14 had been put forward as the date for the vote, though a meeting on January 19 still had to make the final decision, he said.
Under existing legislation, the recall vote should follow within 30 days of that decision. Since February 19 is Lunar New Year Day, the CEC is most likely to choose the previous Saturday, February 14, or Valentine’s Day, Chuang said.
The number of necessary signatures for the vote to go ahead amounted to 13 percent of eligible voters in Tsai’s election constituency, which lies in the Taipei City districts of Nangang and Neihu.
The recall will follow five legislative by-elections by a week. Voters in districts in Taichung City and in the counties of Miaoli, Changhua, Nantou and Pingtung will have to select replacements for lawmakers who were elected city mayor and county magistrate last November 29.
Taiwan history saw recall campaigns against nine lawmakers, but none of them succeeded or were carried out until the end.
According to existing laws, public campaigns to support the recall or oppose it would be banned, meaning the campaigners against Tsai would not be allowed to take to the streets and call on voters to recall him. Opposition lawmakers want the rule changed because they say a recall is the same as an election.