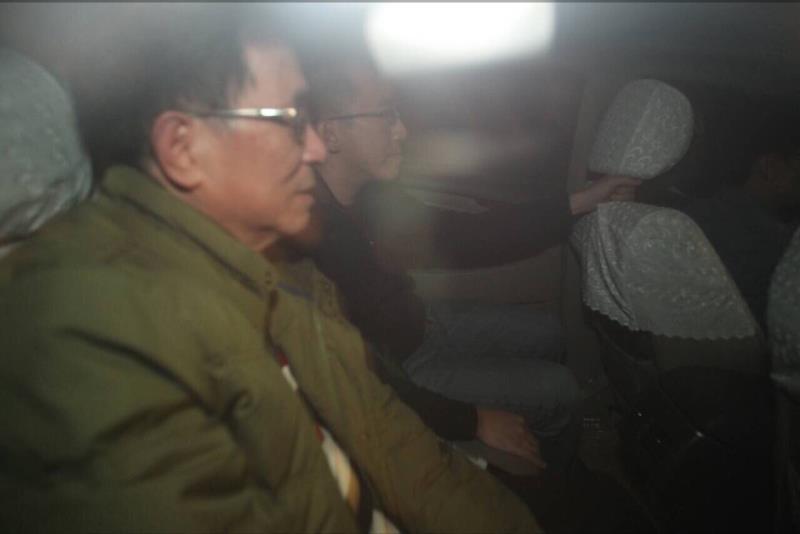 The Security Branch of the Kaohsiung Municipal Police announced Monday that plans are in place to assist former President Chen Shui-bian in making the transition from Taichung Prison to his family home for medical treatment after he was granted medical parole during the day. Police authorities noted that they will follow the principles of "safe” and “low-key" in providing protection for Chen and his family during the coming month or longer that he may be in Kaohsiung.

Chen's case calls for special treatment and precautions, they explain, due to his unique and sensitive identity as a former head of state as well as a prison inmate. The combination gives him a rather special status that calls for security measures that might befit a movie star or other celebrity. Thus the municipal police have taken steps to anticipate proper security measures during the period of medical parole. Their provisions have all been developed in coordination with the Agency of Corrections and other authorities

Chen will presumably remain at home during the entirety of his medical parole for treatment and recovery. Meanwhile the Kaohsiung Municipal Police Department has laid out appropriate response measures during the next month (or few months), including the stationing of plainclothes police and patrols in the neighborhood. The department noted that it is following standard guidelines for providing security for inmates receiving medical treatment outside the corrections system while keeping in mind the wishes of the family for quiet and privacy. They will also stand ready to ensure proper security at times when medical treatment is required, such as providing traffic control and escorts if needed.