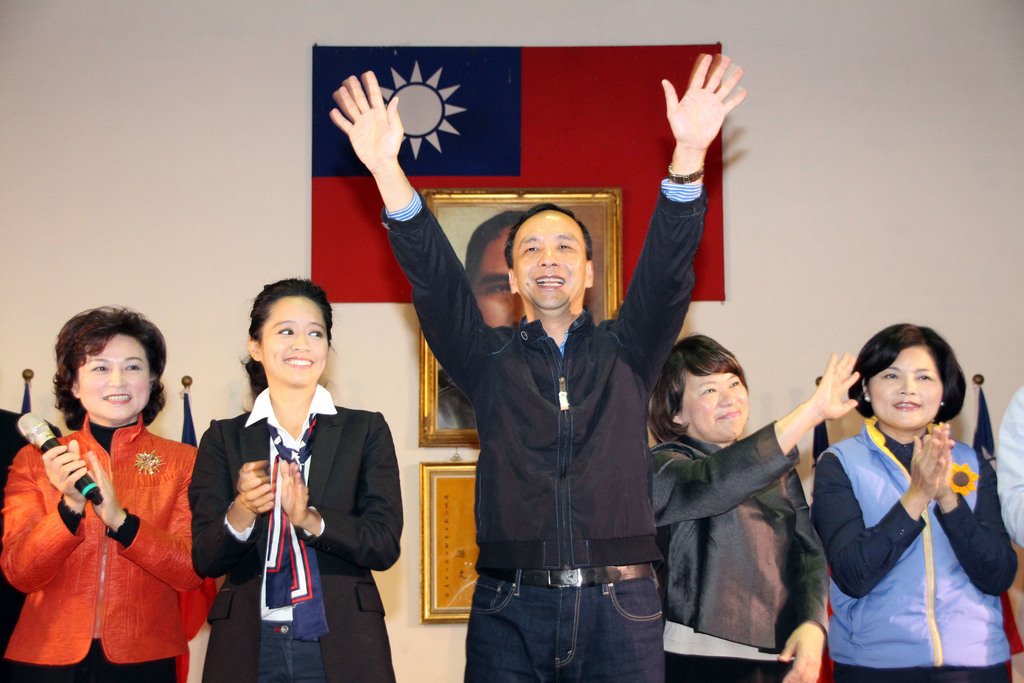 TAIPEI (Taiwan News) – The largest threat to the Kuomintang was that it had lost the support of the younger generations, New Taipei City Mayor Eric Liluan Chu said in a plea for an “open party” Saturday.
He was speaking in Taichung on the latest stage of a campaign tour of the country ahead of his election as chairman of the KMT scheduled for January 17. Chu is the only candidate.
In a speech to party supporters, he said that the KMT needed to recruit more young members because it needed to face the new generation. Losing the recognition of the younger generations posed the biggest threat to the party’s survival, Chu reportedly said.
He pleaded for an open KMT, not just with party offices accessible to the public, but also with an open mind. He also emphasized the importance of social networks and the Internet in the communication between the party and its members.
In the November 29 local elections, the KMT faced an unprecedented tsunami, causing many party members to lose the confidence of the voters, Chu said, in a reference to the fact that the ruling party only held on to six out of 22 positions of city mayor and county magistrate, including his.
Chu reportedly criticized the administration of President Ma Ying-jeou, his predecessor as party chairman, for leaving the equality principles of KMT founder Dr. Sun Yat-sen behind, provoking a backlash by the disaffected public against the party’s candidates.
The KMT needed to find back its founding spirit and stand on the side of the people, he said, adding that the party was not owned by its chairman or its national leadership, but by all the people.
Chu also used his visit to Central Taiwan Saturday to campaign on behalf of KMT candidates in legislative by-elections scheduled for February 7. He spoke out on behalf of former Changhua County Magistrate Cho Po-yuan and Taichung City candidate James Hsiao and also visited Miaoli County.
Five legislators were elected mayor or magistrate on November 29, making by-elections necessary.
One of the thousands of KMT members at Chu’s events Saturday, former Taichung Mayor Jason Hu, said nobody was better than the next chairman in communicating with the grassroots and with the new generation.