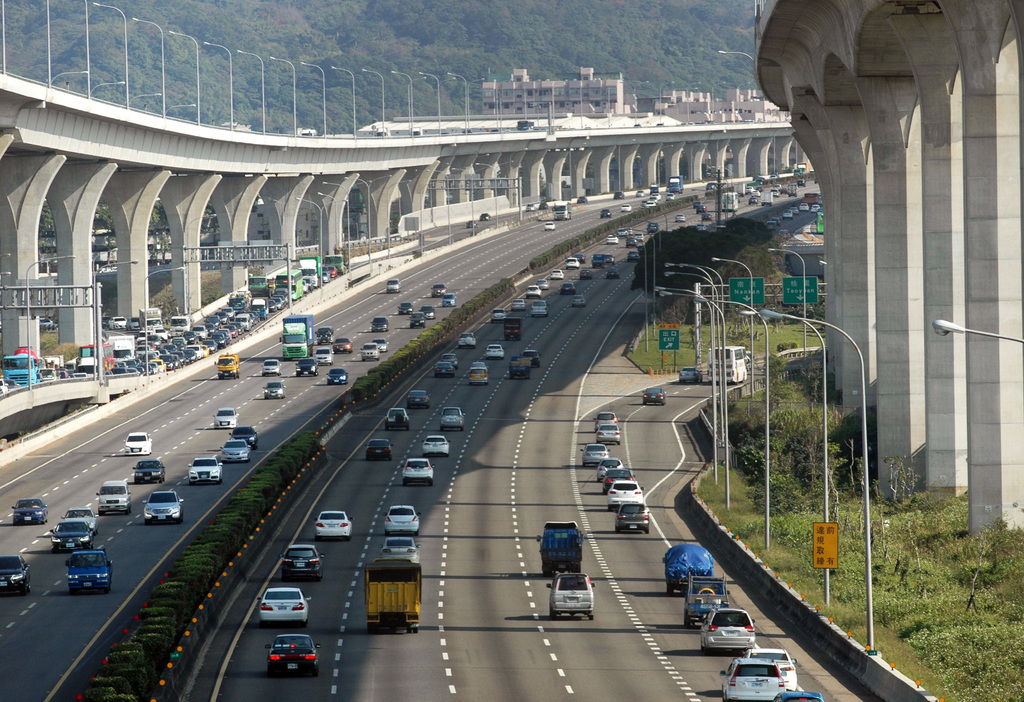 Taipei, Jan. 2 (CNA) Taiwan recorded a total 2.76 million vehicles traveling on its three major freeways on Thursday, which was a New Year's Day record in the country, the National Freeway Bureau said Friday.
The record high traffic volume was on the No. 1, 3 and 5 freeways at the start of the four-day New Year's holiday, the bureau said.
The previous record was on Jan. 1, 2013, when 2.3 million vehicles took to the three freeways, the bureau's statistics showed.
On Thursday, the volume of traffic on the No. 5 freeway was the highest ever recorded on that route for a single day, as 51,400 vehicles traveled between Taipei and Yilan, the bureau said.
It said traffic on the three major freeways dropped by about 30 percent Friday from the previous day but is expected to spike again Saturday and Sunday as people prepare to return to work after the holiday.
The weekend traffic, however, is not expected to reach Thursday's volume, according to the bureau.
Freeway traffic in Taiwan is usually busiest during the Chinese New Year, the longest holiday period in the country, when about 2-3 million vehicles per day hit the major roads, the bureau said.
For example, 3.12 million vehicles were recorded on the freeways on a single day during the last Chinese New Year holiday, the bureau said.
Other periods of heavy traffic include the first day of the Moon Festival holiday last year, which saw 2.65 million vehicles on the country's three freeways, according to the bureau. (By Angela Tsai and Elaine Hou)