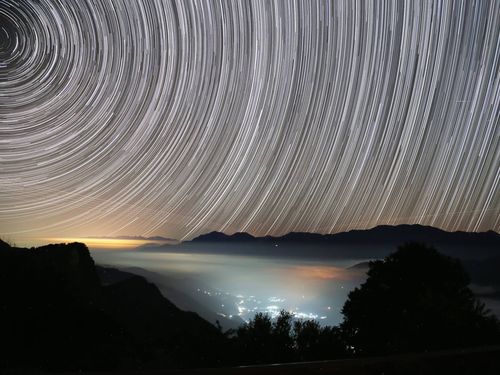 Taipei, Jan. 2 (CNA) Astronomy buffs in Taiwan may have a chance to spot shooting stars this weekend as the Quadrantid meteor shower closes in on its peak, but they will need some luck, the Taipei Astronomical Museum said Friday. As the Quadrantids are expected to peak at 10 a.m. Sunday, the best time to see them is before dawn that day, the museum said.
The museum cautioned that while 120 meteors per hour could flash through the sky from a radiant in the northern sky, the near-full moon might make observation conditions less than ideal.
Observers will be lucky to spot a few dozen shooting stars per hour this time, it said.
The Quadrantid meteor shower was first discovered in 1825 by Italian astrologists. By 1938, it was confirmed to be one of the three strongest annual showers, the other two being Perseids and Geminids.
The origin of the Quadrantids remains unclear, but the museum said the meteor shower is most likely debris from Comet 2003 EH1. (By Lee Hsin-Yin)