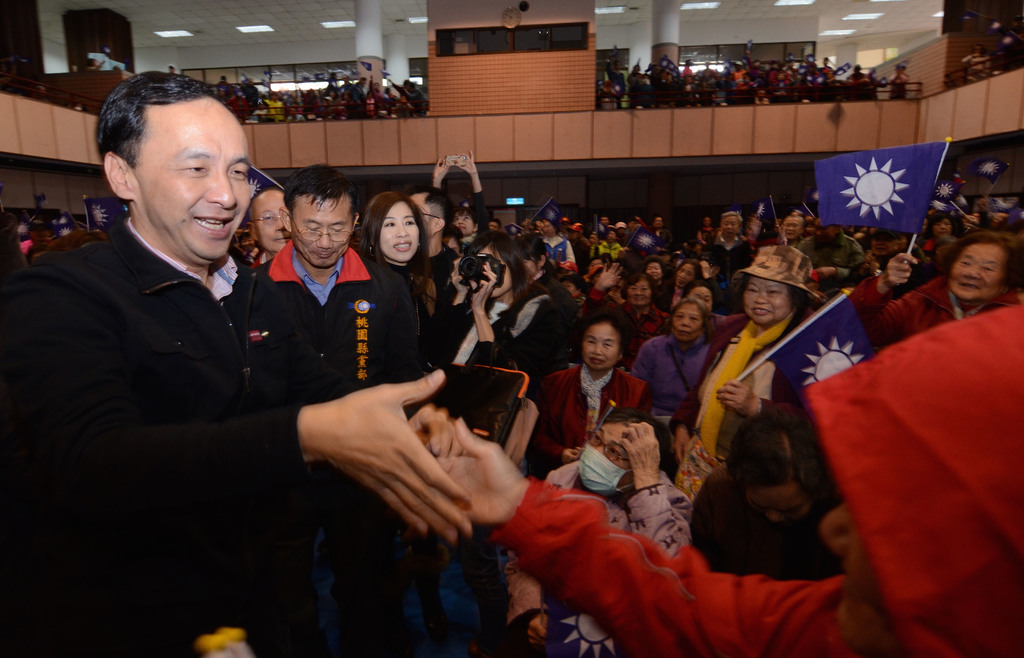 TAIPEI (Taiwan News) – New Taipei City Mayor Eric Liluan Chu called for unity Friday in the ruling Kuomintang, for whose leadership election he is the only candidate.
President Ma Ying-jeou resigned as chairman shortly after the party suffered a shattering defeat in the November 29 local elections. In the subsequent registration process, Chu ended up as the only candidate when KMT members go to the polls on January 17.
Speaking at a party event in Taoyuan Friday, Chu said that when citizens were dissatisfied with the government, the economy and their life in general, the president, local leaders and colleagues in politics had to share responsibility.
Asked by reporters about the thorny issue of the party’s assets, he said that as soon as he took over as chairman, he would first seek to understand the details of the issue before inviting neutral experts to explain and report on the situation to the outside world.
Critics have accused Ma of failing to fulfill promises to cut the KMT’s assets down to zero, but Vice President Wu Den-yih, who currently serves as acting chairman, said this week that the president had never made such a promise.
Chu said he welcomed Ma’s statement in his New Year’s address that he would consider attending any National Affairs Conference organized by the opposition Democratic Progressive Party. The leadership candidate emphasized unity and harmony, both inside the KMT and in Taiwanese society at large, reports said.
Chu also downplayed his own role, comparing politics with a team sport, where the whole team needed to stand together, since it was not enough to rely on one player to win the game.
The recently re-elected mayor of New Taipei has frequently been mentioned as the most likely KMT candidate in the 2016 presidential election, even though he expressly said when he declared his candidacy for the party leadership that he would not be running. Other contenders often named are Wu and former Taipei City Mayor Hau Lung-bin.
If Chu decides to run for president after all, he will face accusations that he is leaving New Taipei City in the lurch barely more than a year after winning a second term as mayor. He defeated DPP candidate ex-Premier Yu Shyi-kun by a narrower-than-expected margin.