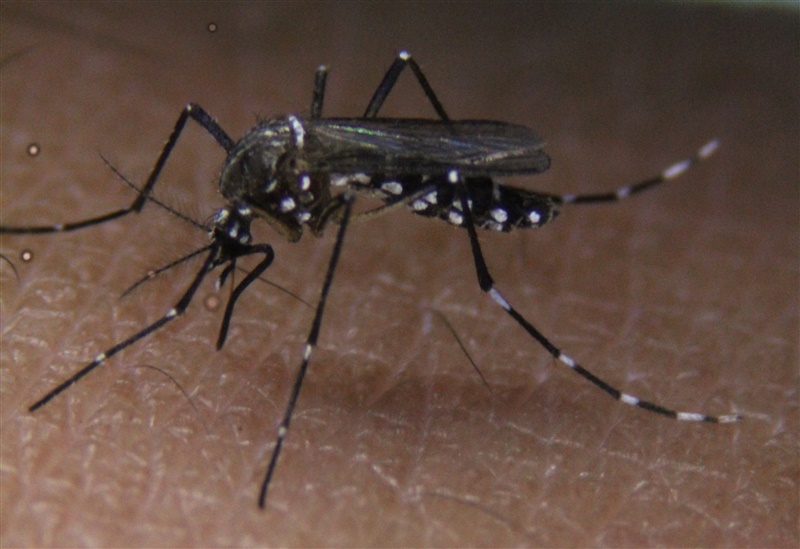 Dengue is the most widespread arthropod-borne viral disease affecting humans today. It is caused by the infection of one or more of four closely related serotypes of dengue virus (DENV 1-4) through mosquito bite. The major vector is the Aedes aegypti mosquito, a container breeder that has adapted extremely well to human dwelling environment. Dengue is presently endemic in Southeast Asia, Africa, South and Central America. It is estimated that fifty to one hundred million cases of dengue fever (DF) occur annually, including up to 500,000 cases of the life-threatening dengue hemorrhagic fever/dengue shock syndrome (DHF/DSS). The main reasons for dramatic increase in the incidence of DF and DHF/DSS in past 50 years include uncontrolled urbanization, population growth, spread of mosquito vectors, and the global transportation that promote the movement of the virus around the world.

Currently, there are no effective vaccines and therapeutics, so the major efforts to confront now is largely relied on virus surveillance and vector control. Past vector control programs using intensive source reduction techniques combined with targeted insecticide use are, ultimately, either unsustainable and/or unable to prevent dengue transmission. One new possible strategy is to control dengue with the transgenic mosquito. After decades’ researches, dengue control with transgenic mosquitoes has finally been tested in the fields. Currently, there are two new approaches conducted in field trials.

One approach targets to vector population suppression, which aims to reduce the vector population below to the dengue transmission. Another approach targets to population replacement, which aims to make the mosquito host inhospitable to DENV. In 2009 and 2010, an Oxford-based company, Oxitech, released 3 million genetically modified (GM) OX513A Aedes aegypti male mosquitoes in Grand Cayman Islands. OX513A carried a repressible dominant lethal transgene insertion causing lethality of its progeny at a late larval and early pupal stage. The result showed GM males could survive in the field and mate with wild females and up to an 80% reduction in the numbers of wild mosquitoes about 11 weeks after the release. These data demonstrate that the release of OX513A is able to suppress the population of wild vector mosquitoes. Then, after a small release in Malaysia in 2010, more than ten million OX513A were further released in the city of Juaneiro, Brazil, in 2013. The first field trials of dengue control strategies for vector population replacement were conducted by releasing Wolbachia-infected Aedes aegypti in Yorkeys Knob and Gordonvale near Cairn, Australia, in 2011. Wolbachia is a maternally transmitted endosymbiotic bacterium that infects more than 40% of insect species and can spread rapidly into uninfected host population by inducing cytoplasmic incompatibility. Ae. aegypti does not naturally carry Wolbachia. When wMel strain of Wobalchia was artificially introduced from Drosophila melagaster into Ae. aegypti induced very strong resistance to several arboviruses including DENV in mosquitoes. A total of 141,600 and 157,300 Wobachia-infected Ae. aegypti were released in Yorkeys and Gordonvale; and Wolbachia frequency in wild mosquitoes reached more than 80% at 5 weeks after release and remained at a high frequency for 2 years after release.

In Taiwan, National Yang-Ming University, a member university of UST, collaborated with National Taiwan University and National Institute of Health Research to generate a transgenic mosquito platform for comprehensive silencing all different serotypes of DENV. The project's preliminary results indicated that transgenic mosquitoes could efficiently inhibit DENV 1, 3, and 4, but not DENV 2. Although technologies for controlling dengue with transgenic mosquitoes have already been developed but it would take time to see how it effects on dengue transmission.