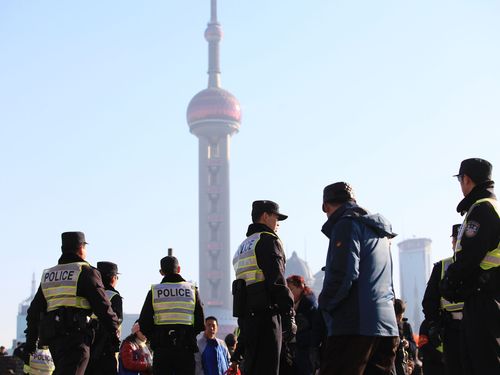 Taipei, Jan. 1 (CNA) A Taiwanese woman who was killed during a crowd stampede on New Year's eve in Shanghai's historic waterfront area was identified Thursday by Taiwan authorities as an auditor who worked at an accountancy firm in Taiwan.
They said she was Chou Yi-an, 23, was an employee at the Taiwan office of the accountancy firm Ernst & Young.
Two other Taiwanese who were injured during the stampede were identified as Lee Yu-yun, 24, and Chen Chiu-hsuan, 23, also employees at Ernst & Young, the authorities said.
Lee was in stable condition, while Chen had been discharged from a Shanghai hospital, the authorities said.
A spokesperson for Ernst & Young Taiwan confirmed that the three auditors had been dispatched to Shanghai recently on a short-term assignment. Meanwhile, Yeh Hui-te, chairman of the Shanghai Association of Taiwan, said in Shanghai that his organization is assisting the Chou family with travel arrangements and they may arrive in the city by Thursday evening.
The Straits Exchange Foundation and the Mainland Affairs Council have also been working with their Chinese counterparts to provide assistance. Ernst & Young said it has instructed its Shanghai office to assist the officials in the matter.
China's Association for Relations Across the Taiwan Straits expressed its condolences at Chou's death and injuries to the other two Taiwanese. Thirty-six people died and 47 others were injured in the stampede, the cause of which remains unclear. (By Kao Chao-fen and Ted Chen)