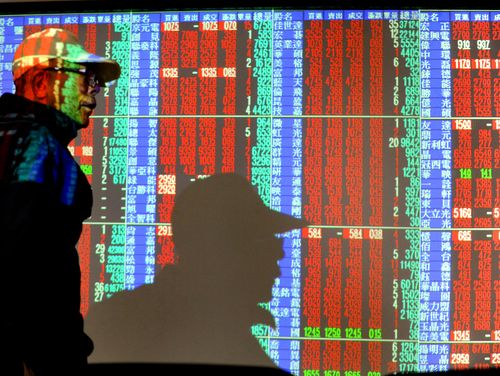 Taipei, Dec. 31 (CNA) The local bourse ended the year at a 25-year New Year's Eve high when the weighted index on the Taiwan Stock Exchange ended up more than 8 percent for the year, according to statistics compiled by the TWSE. The weighted index closed up 695.75 points or 8.07 percent at 9,307.26, the highest year-end level since 1989's 9,624.18 points.
This was the third consecutive year for the local main board to move higher annually, and 2014 was one of only two years that investors saw the weighted index close above the 9,000 point mark in the last session of the year.
Over the course of the year, the weighted index moved between 8,230.46 points and 9,593.68 points.
On the last trading session of the year Wednesday, the weighted index on the main board closed up 0.41 percent at the day's high of 9,307.26 points on the back of the late-session buying focusing on large-cap stocks in both electronics and old economy sectors.
The index on the over-the-counter (OTC) market closed up 0.78 points or 0.56 percent at 140.38 points.
The OTC market closed up 10.81 points or 8.34 percent for the year after moving between 122.65 points and 155.42 points.
It was the third consecutive year that the OTC market has closed up from the year before.
Market analysts said that they are upbeat about the market movement in the upcoming year.
They said that after foreign institutional investors return to Taiwan from New Year vacations, the local bourse could benefit from rising liquidity to move even higher in January.
Meanwhile, as the U.S. economy staged a strong rebound and international crude oil prices have taken a beating, local firms could benefit from higher global demand and lower production costs to improve profitability.
The weakness of the Taiwan dollar is also expected to make Taiwan-made goods cheaper and boost Taiwanese exporters' shipments. (By Han Ting-ting and Frances Huang)