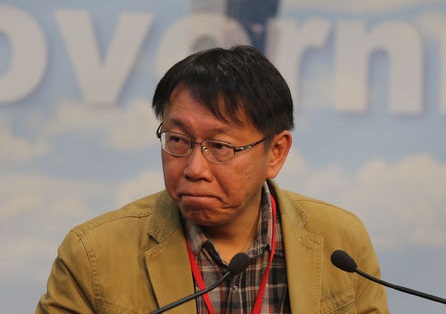 Having already taken action on his pledge to remove the bus lanes on Zhongxiao West Road, Taipei Mayor Ko Wen-je is already taking aim at several more areas where he sees a new for new directions or new policies. Some of his already-stated targets include a plot of land in Neihu which the Tzu Chi foundation wants to develop but is classified as an environmentally sensitive area and the Beitou Cable Car project, which has literally never gotten off the ground because of worries about its impact on the environment, the desirability of encouraging development on Yangmingshan and fears that it would inevitably be a money-losing enterprise. He is also pushing forward with plans to address the illegal structures that adorn rooftops in virtually every corner of the city. And now Mayor Ko has set his sights on a problem much closer to home: overtime pay and travel subsidies for Taipei city employees and consultants.

Ko wants to take on the matter of payments to city staffers and others who totted up some NT$500 million in overtime pay and NT$900 million in travel subsidies respectively during the past year, saying that there is no need to expend that much on these two categories.

Such budget expenditures are one place where Ko hopes to institute his policy of ‘work smarter, not harder’, under which he contends that city employees should be creative and resourceful enough to get their jobs done without having to put in a lot of extra office time. By working more efficiently, says the mayor, most jobs can be done smoothly and up to spec with no need for overtime.

On the issue of travel pay, Ko’s stance is similar. He maintains that Taipei is loaded with talented and capable workers, and there is little need to have people coming up from Hsinchu or even points further south on a regular basis – every working day, in some cases. Ko noted that former Mayor Hau Lung-bin had justified using personnel living outside Taipei despite the additional travel costs involved because he believed everything in Taipei was expensive to begin with, plus he did not want to lose some of the people he had come to rely on.

Asked whether Tsai Bi-ju, who followed Ko from NTU Hospital and has usually been the first person to show up at City Hall and often stays until 9pm, would qualify for overtime pay, mayor Ko was a bit evasive. He praised Tsai as being “made up of special material” and said she never asked for overtime pay.

Ko also brushed off criticism from the Ministry of Transportation and Communications after he moved quickly to remove the dedicated bus lanes that former Mayor Hau ordered installed almost eight years ago. The ministry issued a veiled threat that it “could not rule out” taking back subsidies from the municipal government if Ko attempts to dismantle or subvert some public construction projects.

At the same time, Ko admitted that resolving problems such as overtime and travel subsidies will not be as simple as removing bus lanes on one short section of a city street. “This is not something that can be taken care of in one or two days,” said the mayor. “We have to maintain a long-term perspective on this issue.”