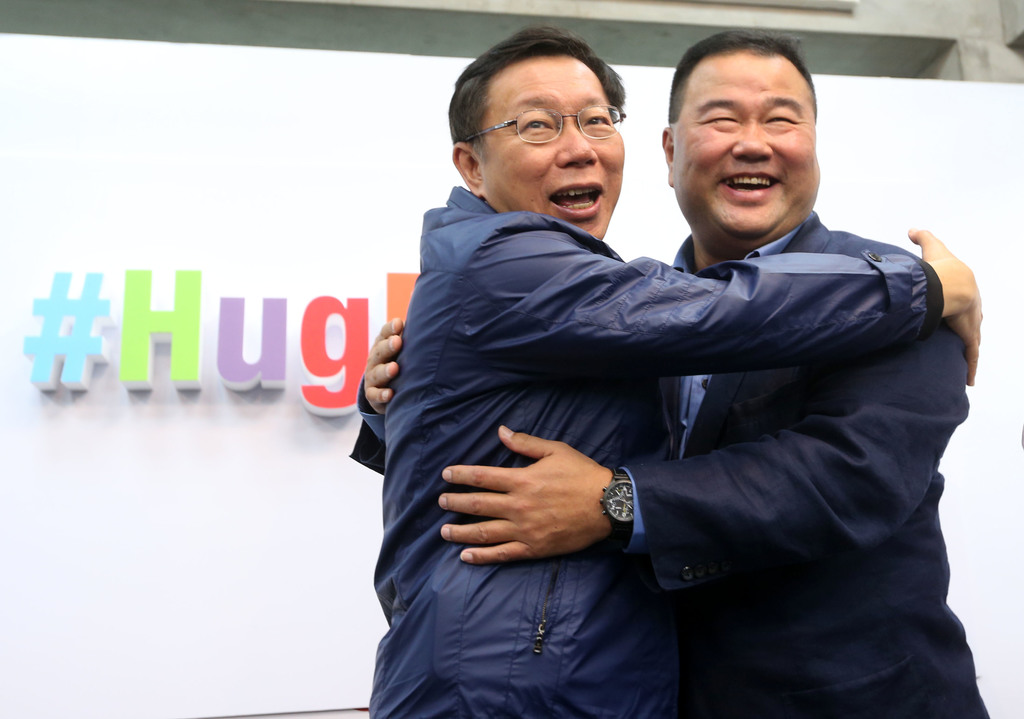 TAIPEI (Taiwan News) – Investigators questioned a telecom specialist who might shed new light on allegations that phones at Taipei City opposition mayoral candidate Ko Wen-je’s office were tapped, reports said Thursday.
Campaign staff and detectives found two wires at a building housing Ko’s policy center Tuesday night, stoking suspicions that his phones had been tapped, possibly by his Kuomintang opponents.
Police and prosecutors reportedly questioned a witness Thursday afternoon and let him go in the evening, though reports about the person’s identity and background were scarce. Initial online reports suggested the witness might be involved in repairs or in technical management at the office building, but he was later named by some media reports as Chu, a businessman from the telecom sector. It was unclear whether he had been able to shed any light on who might be behind the alleged eavesdropping.
The Ko campaign has not accused his opponent, KMT candidate Sean Lien, of being involved in wiretapping, though it has said the wires found could have been used in connection with recording devices to record conversations made on two phones in Ko’s policy center.
Lien’s campaign chief, KMT lawmaker Alex Tsai, suggested Ko’s advisers were playing up the importance of the find to win sympathy votes and might have planted the wires themselves.
Tsai’s revelations about Ko’s campaign itinerary and about a list of 14 likely city policy advisers were the reasons for suspicions that the policy office was being wiretapped.
Several of the 14 people named on the list published by Tsai denied the Ko campaign had ever invited them.
The National Security Bureau, Taiwan’s top intelligence agency, denied any involvement, while also disparaging the method allegedly used at Ko’s office as too primitive to be its work.
Experts from Chunghwa Telecom confirmed after an inspection Wednesday morning that the wires planted on the third floor of the building could be used to tap two phones at Ko’s policy center on the ninth floor. Media reports later revealed that a pro-KMT business organization had its seat on the sixth floor inside the same building, suggesting a link with the eavesdropping scandal.
In a separate incident Thursday, inside information from the campaign of New Taipei City opposition mayoral candidate Yu Shyi-kun was reportedly leaked online. The Democratic Progressive Party candidate said an online account had been hacked.