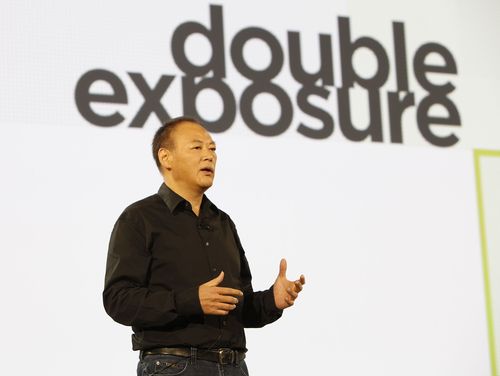 Taiwan-based HTC Corp. will strike a balance between making smartphones within the company and outsourcing them to contract manufacturers, according to the company's chief executive officer.

Peter Chou told the press at a product launch in New York Wednesday that HTC has decided to outsource production of some of its products to original design manufacturers (ODMs) out of regard to HTC's "limited resources."

Without specifying how many models will be outsourced or giving names of assembly partners, Chou said his company will maintain "flexibility" in its outsourcing strategy, including making innovative products at HTC's own factories.

Speaking on the high-end market, Chou said that many people still consider the HTC One M8 to be a better smartphone than Apple Inc.'s iPhone 6 models, which is great encouragement for HTC.

The Taoyuan-based company has also made some breakthroughs in its mid-tier Desire phones such as the Desire 820, the world's first smartphone running a 64-bit octa-core processor, which proves that HTC will not compromise on innovation despite the phone's lower price band, Chou said.

In May this year, HTC Chief Financial Officer Chang Chia-lin confirmed that some of the company's smartphones were being made by contract manufacturers.

Chang said at the time that HTC's outsourcing volume was not as high as 50 percent of its overall shipments, as had been projected by some market observers, although he declined to give an estimate of the actual figure.

The Wall Street Journal reported earlier this year that Taiwan-based Compal Electronics Inc. and China's Wingtech Group have been assembling at least three of HTC's Desire phones since spring this year.