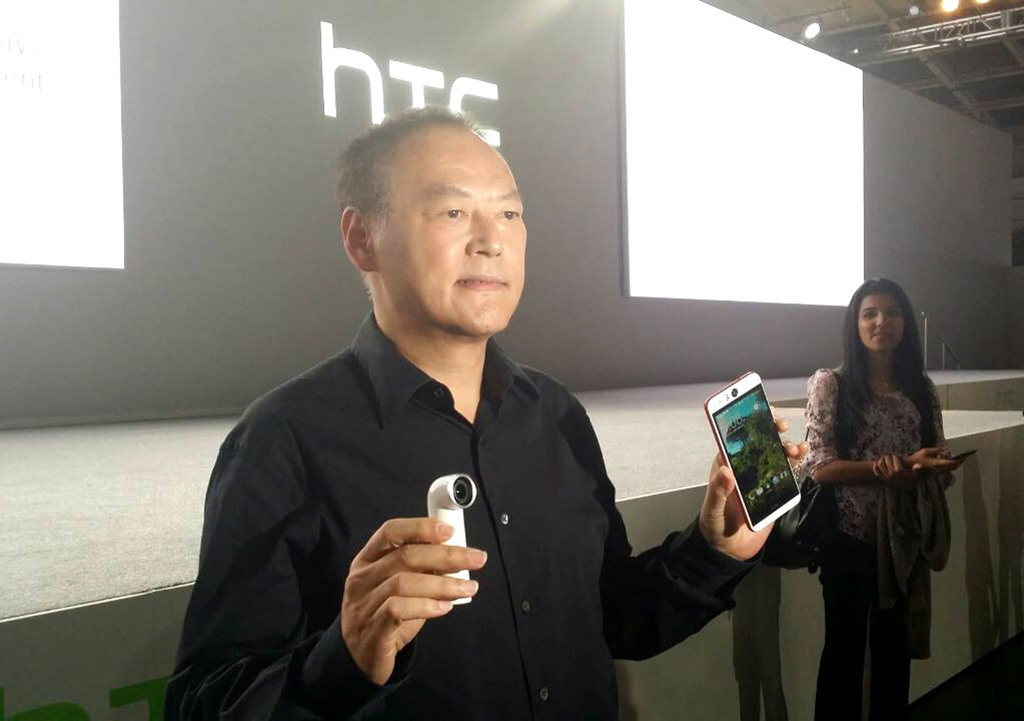 The HTC RE is a small handheld camera that features a built-in grip sensor, which instantly activates the camera upon pick-up, eliminating the need for a power button. It comes equipped with a high-resolution 16-megapixel CMOS sensor, full-HD video recording, a 146 degree wide angle lens and slow motion and time lapse recording functions.

The camera's single shutter button allows one tap to capture photos and a longer press for video recording, so users will not miss the moment fumbling between modes, according to HTC.

Another new device from the handset maker is the HTC Desire EYE, a 5.2-inch waterproof smartphone with 13-megapixel front and rear cameras that is capable of capturing detailed images even in low-light conditions, HTC said.

On the software side, the company also announced the HTC EYE Experience -- enhanced imaging software that can combine simultaneous photos and videos taken on the front and back cameras into one split-screen image or video -- and the Zoe, a collaborative video editing community.

"Today, HTC is once again changing the way that people think about technology," said HTC CEO Peter Chou. "Back in 1997, we allowed people to leave their laptops at home in favor of powerful, pocket-sized smartphone computing. Today we are taking a similar leap forward."

"Combining incredible hardware with unrivalled software, HTC is reinventing the way we think about imaging. We are taking you out from behind the viewfinder and putting you back where you belong, at the heart of the action," Chou said in a statement.

The HTC RE will be available in the United States from late October, while the HTC Desire EYE will be rolled out through mobile operators and major retailers across Europe, the Middle East and Africa (EMEA) regions, Asia and the U.S. from this month. Prices for the devices were not disclosed.