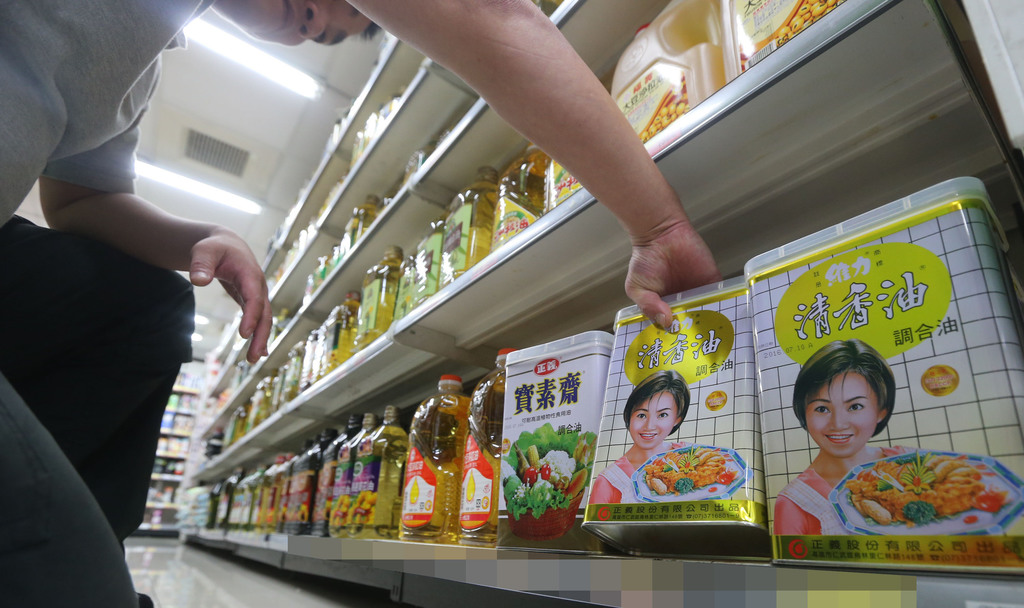 TAIPEI (Taiwan News) – Ting Hsin International, owner of prominent brand Wei Chuan Foods, was hit by the third food safety scandal in a year as a supplier was detained for mixing animal feed oil with edible oil, reports said Wednesday.
Late last year, the group was one of the companies accused of having mixed in low-quality oil from another supplier and repackaged it to sell under its own brand name at a higher price. Last month, Wei Chuan came out with the news that lard oil it had bought from Chang Guann Co. showed quality problems. The company was later found to have bought oil made from recycled kitchen waste and other grease products unfit for human consumption.
On Wednesday, Cheng I Food Co., Ltd., an affiliate of Ting Hsin International, was forced to stop the sale of several of its edible oil products after Tainan prosecutors came to the conclusion that animal feed oil had been mixed in with edible lard oil.
Wu Jung-ho, the top manager at Hsin Hao Co. and a former official at Cheng I, was ordered detained Wednesday morning as he was suspected of having supplied the tainted oil to Cheng I. Hsin Hao sold a total of 424.25 metric tons of the problematic oil to the Ting Hsin affiliate, reports said.
During questioning by prosecutors Tuesday, staff at two other companies admitted having transported animal feed oil to Hsin Hao, but the products had been labeled as such, reports said. Because Wu failed to give clear explanations, prosecutors applied for his detention, which was approved.
Since he was a former employee of Cheng I, Wu was well acquainted with the company’s procedures and personnel, which allowed him to exploit its weaknesses and push his products, reports said.
In May, inspectors for Cheng I reportedly advised the company to stop buying oil from Hsin Hao after a visit to factories in Pingtung County led them to fear for its hygiene standards.
The opposition Democratic Progressive Party lashed out at Premier Jiang Yi-huah because some of its lawmakers had warned him of the problems surrounding Cheng I 15 days ago.
“Jiang should take himself off the shelves to own up to his responsibility,” DPP lawmaker Chen Chi-mai said in an online statement Wednesday. On September 23, Chen and his colleague Lin Shu-fen used the premier’s question time at the Legislative Yuan to reveal that there were problems with oil supplied to Cheng I by three other companies. They asked Jiang whether he should order relevant products to be removed from sale, but the premier replied that according to the law, this could only be done if problems had already been found with the oil.