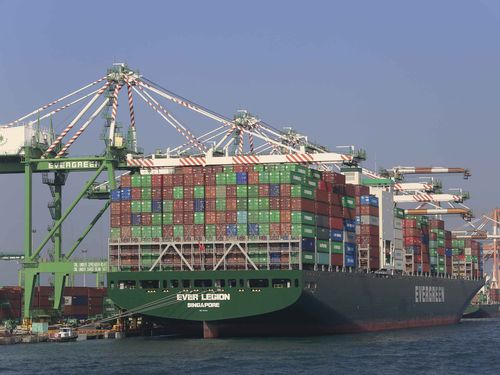 Taipei, Oct. 7 (CNA) Taiwan's September exports came to US$26.43 billion while the month's imports amounted to US$22.93 billion for a US$3.5 billion trade surplus, a 49.1 percent increase from the same month last year, according to customs data released by the Ministry of Finance Tuesday.
Exports last month registered a year-on-year growth of 4.7 percent thanks to a robust overseas market for electronics products, the ministry report said. Imports meanwhile rose by 0.2 percent annually.
In September, US$8.89 billion worth of electronic products were sold abroad, up 13.7 percent from the same month of last year and the second highest on record, the customs report said. In the first nine months of the year, exports totaled US$234.65 billion, up 3.5 percent from the same period last year, while imports over the period hit US$208.3 billion, marking year-on-year growth of 3.2 percent.
Total trade surplus was US$26.35 billion in the nine-month period, up 6 percent from the same period of last year. (By Wei Shu and Elizabeth Hsu)