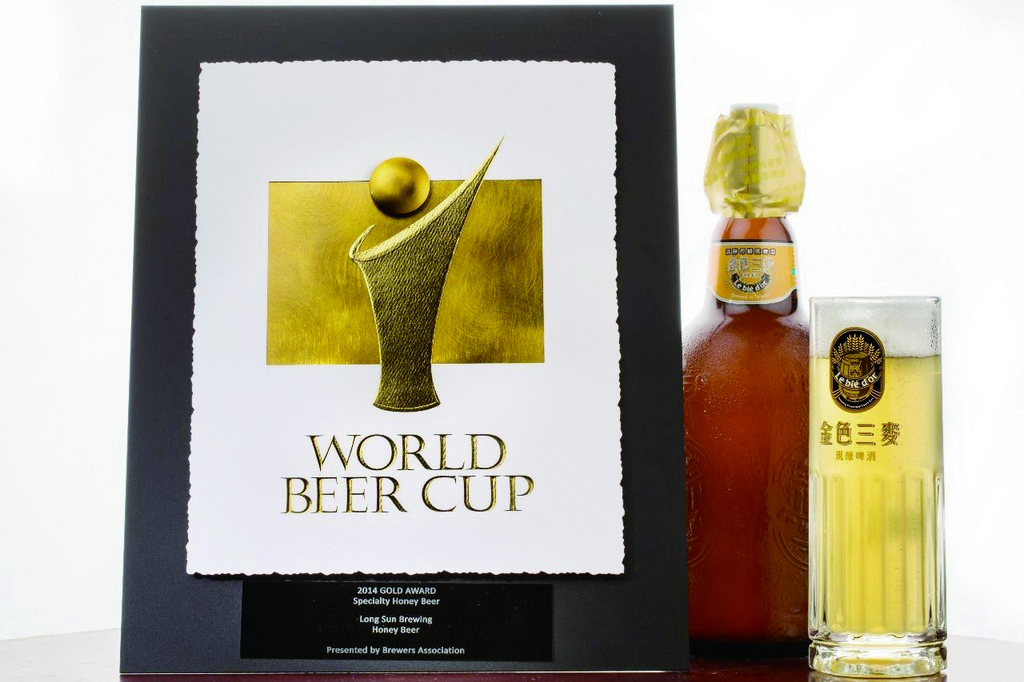 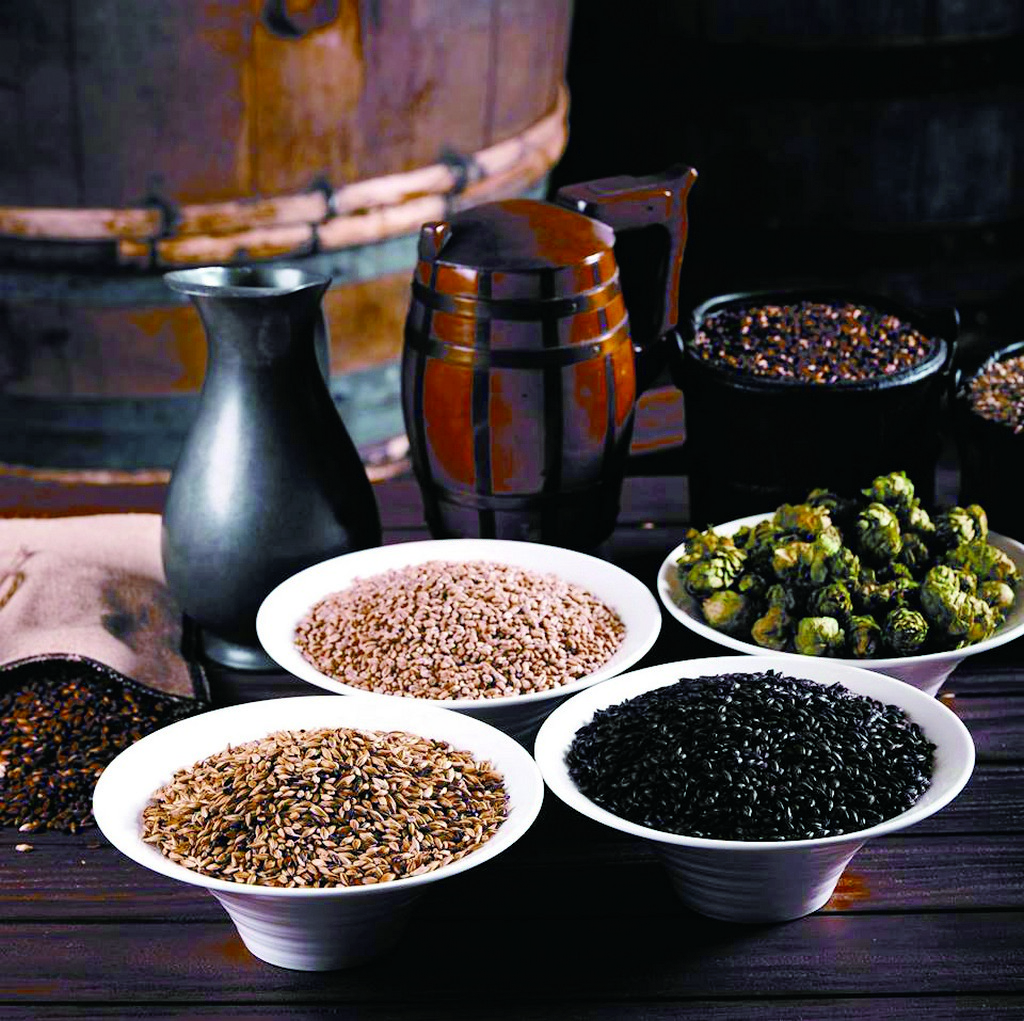 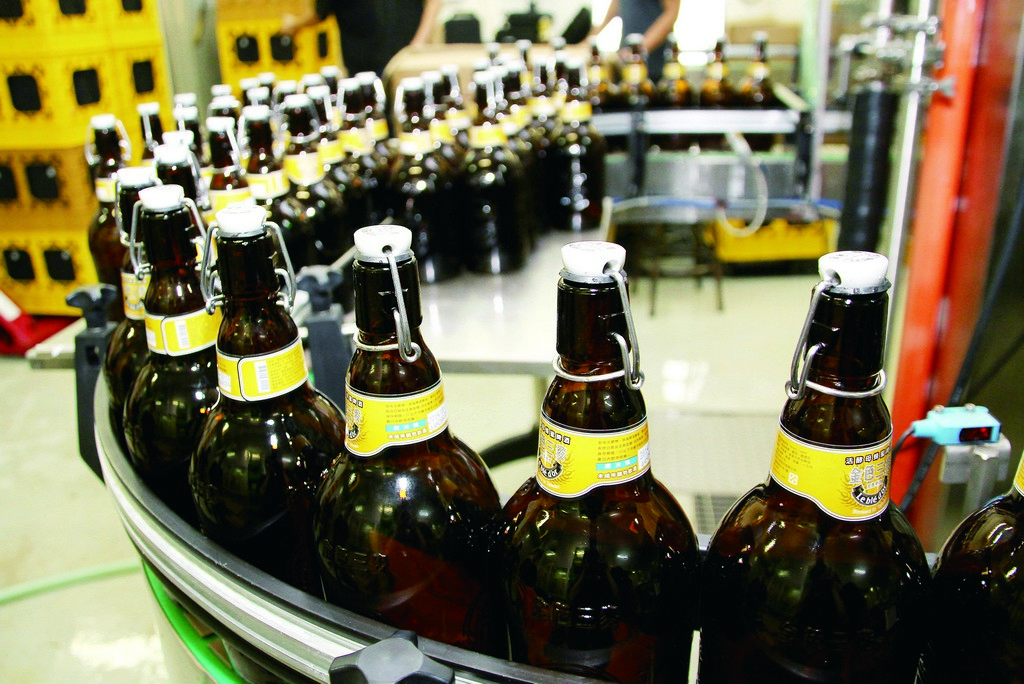 Since the beginning of the microbrewing movement in the United Kingdom in the 1970’s, microbreweries, brewpubs, and craft brewing have exploded across the globe. In 2013, there were 2,360 craft breweries operating in the U.S. alone with the industry continuing to post annual growth in the double-digits. In Asia, Japan has a history of craft beers dating back to the 1990s and a number of microbreweries have recently been established in China.

Long Sun Brewing was established in 2002, as the first licensed microbrewer in Taiwan. In the beginning, operations only included the brewing of craft beers but a lack of distribution channels due to the relatively high pricing of the company’s premium product forced the company to consider creating its own retail outlets. Practical concerns oriented the company towards food service and away from a pure brewery model, hence in 2004 the brand Le blé d’or was created for both its restaurant and beer. To date, there are seven Le blé d’or restaurants in Taiwan and the company operates China’s largest brewpub in Suzhou.

The Le blé d’or restaurants promote a feeling of group comradery where friends are encouraged to congregate in parties of four or more. A live band plays between 7 PM and 9 PM every day to further emphasize this atmosphere and portions encourage sharing of dishes. The success of these restaurants was instrumental in establishing the brand and image of Le blé d’or beer.

Long Sun Brewing brews their beer from water, malt, hops, and yeast and does not filter or pasteurize the final product. This means that the recommended shelf life of the company’s craft beer is 18 days. The product cans still be consumed after 18 days but Long Sun Brewing will not be able to guarantee taste or quality. The company imports all its ingredients excluding honey and water and never substitutes rice or corn for malt.

The World Beer Cup is only held once every two years. This year 1,400 breweries from 58 nations participated in the competition. This was Long Sun Brewing’s first time competing and an auspicious first win.

This year marks the newest milestone in the company’s history. Ten years after the establishment of the brand Le blé d’or, the company has instituted a program of restructuring and a renewed focus on branding. As business has grown by leaps and bounds, the company has dedicated itself to the vision of creating a new lifestyle for Asians. In the future, Long Sun Brewingwill continue growing its restaurants, retail channels with premium super markets, convenient stores, and its wholesaler business with clients such as Costco.

In 2012, 2013, and 2014, Long Sun Brewing delivered 100, 200, and 350 tons of product, respectively, to Costco. Costco also serves as the outlet for a number of the company’s limited edition beers such as its recent wheat beer. This wheat beer is closely related to the beers of Southern Germany and has been crafted to be a darker amber hue, differentiating it from common wheat beers. The beer tastes rather sweet with a blooming fruity aftertaste.

Long Sun Brewing plans to expand into Northeast Asia in the next three years and into Southeast Asian within the next five. Between the next five to ten years, the company will take their products global. China has the world’s largest beer market, and with an ascendant craft beer culture, Long Sun Brewing has its sights set firmly on seizing market share and building brand recognition. The company plans to aggressively increase capacity to meet massive potential demand from China’s vast market.

Long Sun Brewing sees the low-level of beer appreciation and recognition in Asia as both its biggest potential and its biggest risk. As consumer knowledge rises, company sales will undoubtedly reap a resultant windfall. However, consumer motivation behind this increasing sophistication represents a risk of rapid popularity followed by a steep crash. Long Sun Brewing will have to carefully manage consumer education and its own brand image to reap the rewards of an expanding market without incurring the subsequent risk.