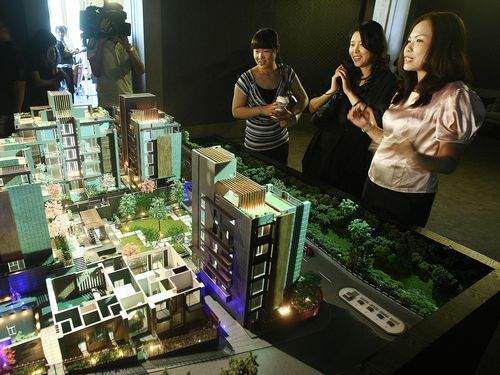 Taipei, July 29 (CNA) Over half of first-time home buyers in Taiwan need financial assistance from their families to afford to buy property, according to the results of a poll released Tuesday. The survey, conducted by leading real estate agency Taiwan Realty Co., found that 55.94 percent of respondents buying their first homes get help from their family in the form of loans (34.75 percent) or inheritance (11.02 percent), while the remainder (10.17 percent) said they received all or part of the money for their homes as gifts. Over 25 percent said they managed to pay the home's down payment on their own, while another 18.64 percent said they did so with help from their spouses. With Taiwan's real average wage standing at NT$44,739 in 2013 -- lower than 1998's real average wage of NT$44,798 following inflation adjustments -- "people have difficulty saving money, let alone buying a house," said Taiwan Realty spokesperson Charlene Chang. The most common scenario is for parents or other elders to offer first-time buyers the 20 percent down payment, while many families offer to loan money for the down payment at a low-interest rate, she explained. But in addition to money, parents also offer judgments, the survey found, with many respondents saying their parents "interfered" with the process of choosing a location, a size or even the bargaining over the price. Nearly 40 percent said their parents' opinions played some role in their decisions, while almost 16 percent of those polled said their parents would make as many as half of all decisions, the survey showed. Meanwhile, 44.92 percent of respondents said their first homes cost less than NT$5 million (US$165,950), while another 27.12 percent said their first homes ranged between NT$5 million and NT$8 million, according to the survey. With limited financial resources, home buyers should target houses that are smaller, older and farther from downtown but have potential to appreciate in the future, Chang suggested. (By James Lee)