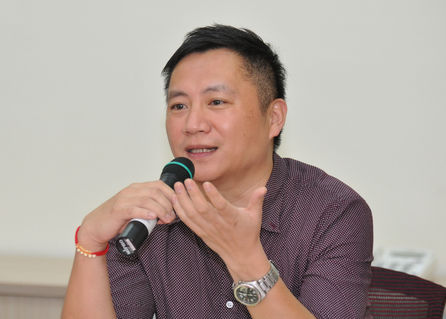 TAIPEI (Taiwan News) – The National Immigration Agency said Tuesday it stood by its decision that Chinese democracy activist Wang Dan would only be allowed to come to Taiwan for medical treatment if he could present a re-entry permit for the United States.
During his stay in the US, Wang announced he suspected he might have brain tumor or a blood clot. Because he does not have US medical insurance, he expressed the hope to return to Taiwan and undergo a medical checkup there as he is covered by the local National Health Insurance.
Wang holds a multiple-entry exit and entry permit for Taiwan, but according to NIA regulations, he can only enter the country if he also presents a re-entry permit for the country he is traveling from, in this case the US.
In its latest meeting to discuss the case, the NIA said Tuesday it could not accept Wang’s request to re-enter Taiwan first and present the US re-entry permit once he received it.
The NIA reportedly consulted with the Mainland Affairs Council and the Ministry of Foreign Affairs. As one of the leaders of the 1989 Tiananmen student protest movement, Wang no longer has Chinese citizenship, but holds a US Green Card.
The democracy activist reportedly said that as a result of the NIA’s refusal, he would turn to the US Congress and to the State Department to request a quick handling of his re-entry permit application on humanitarian grounds.
Wang said that starting Wednesday, he would also consult with friends in the medical sector about paying for a health check in the US, but he would rather sell his house than accept donations from supporters. He thanked people in Taiwan for their expressions of concern, but he called on supporters to stop fundraising actions immediately.
In an online statement, Wang said that over the past two years he had often stayed in Taiwan to teach at university. Having paid to join Taiwan’s health insurance system, he said he would think of returning to the island each time he experienced health problems.
He had no way of knowing when the next time would come he had an opportunity to visit the country. “As long as China has not become a democracy, I will not collapse. Everybody can rest assured,” Wang concluded.
The activist said the reason why he had first approached the Taiwanese government was that obtaining the US re-entry permit was a Taiwanese, and not a US demand. He said he thought accusations that he had been addressing his request to the wrong country were not right.
As he had paid for health insurance in Taiwan, it would be strange for him to also resort under the insurance system of a second country simultaneously, Wang argued, again hitting out at those who questioned why he had turned to Taiwan first instead of the US.
Being the holder of a Green Card, there should be no doubt about his ability to return to the US from Taiwan, he emphasized.
Even though the NIA had decided not to apply humane considerations in his case, he would respect the outcome.
Taiwanese student activists accused the government of setting up the special request that Wang should hold a US re-entry permit on purpose so it could bar Chinese dissidents like him from spending too much time in Taiwan.