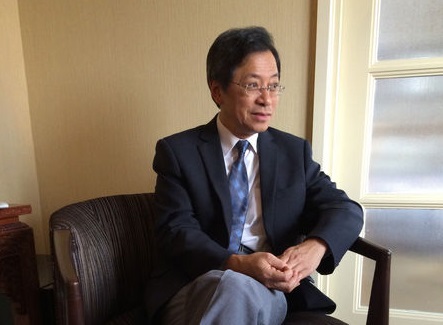 New York, July 26 (CNA) Science and Technology Minister Simon Chang flew to New York Saturday to embark on a tour aimed at reviving high-level science and technology exchanges with the United States that have not be held for several years. For three days starting Monday, Chang and more than 20 heavyweight Taiwanese scholars and experts will hold talks with leading U.S. research institutes, including the National Science Foundation, the National Institutes of Health and the National Institute of Standards and Technology, in Washington D.C., Chang told CNA. The talks will focus on a proposal to establish a platform for exchanges between Taiwanese and U.S. research institutes, he said, noting that the two sides will also exchange views on issues in the fields of natural science, earth science and health care and medicine. Chang said Taiwan and the United States have maintained close cooperative relations in the field of climate research, and the links eventually turned Taiwan into an important platform for typhoon research in the Asia-Pacific region. Some mutual academic exchanges between the two countries in other fields, however, "have turned cold," the official said. "We did not try to reheat them until recently," Chang said, referring to the proposal to establish a platform for Taiwan-U.S. technology research. Among the Taiwanese scholars and experts who will attend the meetings in Washington D.C. are National Taiwan University President Yang Pan-chyr and Academia Sinica academicians Andrew Wang and Ho Ing-kan. After the event, Chang and the Taiwanese scholars will head to Silicon Valley on the west coast, where they will meet venture capitalists there to try and raise funds for a US$100 million Taiwan-U.S. Silicon Valley Investment Fund. Chang explained that Taiwan's government may put up as much as half of the capital for the investment fund in the hope of reconnecting Taiwan with Silicon Valley. (By Timothy Hwang and Elizabeth Hsu)