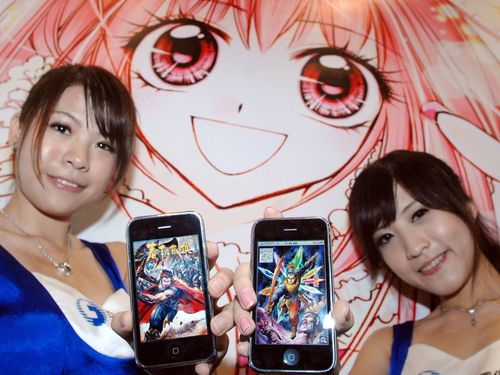 Taipei, July 27 (CNA) The 2014 Comic Exhibition will open Aug. 7 in Taipei, featuring graphic artists, writers and voice actors from Taiwan and Japan. Fifty-five Taiwanese and Japanese artists will hold 35 book-signing events at the fair, according to the Taipei-based Chinese Animation and Comic Publishers Association, the event's main organizer. Among them are Japanese voice actor Yuki Kaji, who provided the voice of the main character of popular anime series "Attack on Titan," and Japanese manga artist Isaku Natsume, known for her work on "False Memories 2." Meanwhile, to celebrate the 35th year of TV anime series "Mobile Suit Gundam," Top-Insight International Co., which distributes the series in Taiwan, will organize a theme pavilion at the fair, featuring models of robots that appeared in the anime, related publications and two five-meter tall paintings of the anime. Kunio Okawara, a Japanese mechanical designer who designed the robots for the series, will also sign autographs for fans at the fair, organizers said. Over 60 publishers will set up 530 booths, a 20 percent increase over last year, according to the association. It estimated that visitor numbers could surpass 600,000 this year. The exhibition, now in its 15th year, will run until Aug. 12 at the Taipei World Trade Center Exhibition Hall 1. (By Christie Chen)