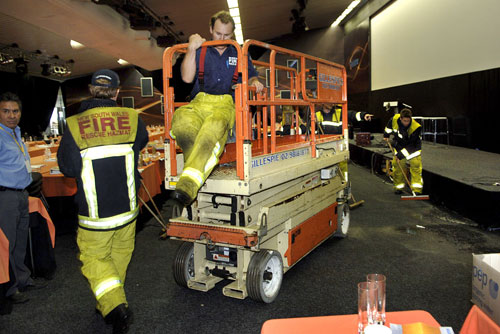 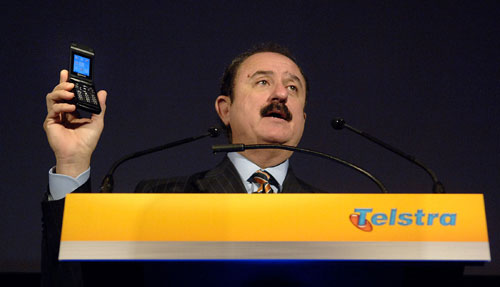 Telstra Corp., Australia's biggest telephone company, cut its earnings forecast because of rules giving rivals cheaper network access, overshadowing the government sale of an Australian $8 billion (US$6 billion) stake.
Annual growth in earnings before interest, tax, depreciation and amortization was trimmed to as much as 2.5 percent from 5 percent, the Melbourne-based company said in a statement.
Telstra Chief Executive Sol Trujillo has complained about the "value destroying" rules to the government, which is trying to pare its stake in Australia's biggest share sale in seven years. The 54-year-old, whose presentation to analysts in Sydney was interrupted yesterday when fire sprinklers malfunctioned and soaked his audience, has presided over a 24 percent slump in Telstra shares since he took over the company in July 2005.
Questionable outlook
"The outlook doesn't look too flash," said Tom Elliott, managing director of hedge fund MM&E Capital Ltd. in Melbourne, which manages the equivalent of US$90 million. "With earnings growth less than inflation, the government will have to make it a pretty attractive offer."
Investors will be able pay for the shares in two installments over 18 months and still be entitled to a full dividend payment of A$0.28 in the year ending June 30, boosting their returns.
The first installment will be priced at A$2 a share, with an A$0.10 discount for individual investors, the Australian Financial Review reported yesterday, without saying where it got the information. Existing shareholders will receive an entitlement of about one share for every two they own, the report said.
Finance Minister Nick Minchin will release the sale document in Sydney on October 9.
Stock up
Telstra shares rose A$0.10 to A$3.83 at the close of trade in Sydney. The stock has plunged more than 50 percent since the government last offered stock in 1999 as rivals such as Vodafone Group Plc grab market share.
Telstra is challenging a ruling by the antitrust regulator to cut access fees by 20 percent on its copper-wire telephone network.
The earnings downgrade will "weigh negatively on the appetite for Telstra shares," said Colin Atkin, associate director at Standard & Poor's in Melbourne.
A planned A$3.1 billion high-speed Internet network, which would have reduced maintenance costs, was scrapped in August because of a dispute with the regulator over proposed access fees for rivals, such as Singapore Telecommunications Ltd.
Costs will now grow 2 percent to 3 percent a year through 2010, Telstra said. It had previously forecast cost growth to be unchanged.
Howard has blamed Telstra's management for talking down the company's prospects and said he won't be "blackmailed" into easing regulations.