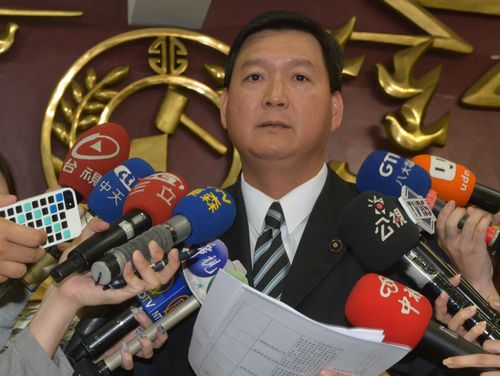 TAIPEI (Taiwan News) – The parents of the student accused of killing four passengers and injuring 24 others on the Taipei Mass Rapid Transit system issued a public apology Friday.
The parents of Cheng Chieh, 21, initially had asked to make their statement at a police station, but later just issued a document because they were afraid of being beaten up by angry relatives of the victims of members of the public, reports said.
Investigators meanwhile looked into reports that Cheng had told friends about his plans, while potential copycat suspects were detained for questioning and police and MRT denied allegations they had been slow in responding to the crisis.
“No matter how many times we say sorry now, it cannot make up for the pain felt by the victims and the injured,” the parents of the Tunghai University sophomore said in their statement.
The couple said they also blamed themselves for their son’s behavior. “The most severe sanction has no way of compensating for the big mistake he committed.”
They closed their message with a call on so-called online “fan groups” not to imitate Cheng’s crime. Investigators have launched a search for the person behind a Facebook supporters group for the student. The main suspect was reportedly a salesman for a real estate firm.
A fellow high-school student of Cheng posted a message online asking his mother not to use the MRT on May 21 because a friend of his had bad plans for the day which might result in lots of deaths, media reports said.
Police have also questioned students reportedly threatening similar killings on the Tamshui MRT line and on the high-speed train. A man reportedly wanted for stabbing a passenger with a knife on May 16 was in detention Friday.
Wednesday’s stabbing spree caused a sharp drop in the number of passengers on the Taipei MRT, reports said. On Thursday, there were 92,000 fewer passenger trips compared to the same day the previous week, according to official statistics. Thursday’s total amounted to 1.785 million, compared to 1.877 million the previous Thursday, officials said.
Since the incident, police have beefed up their presence at major MRT stations, a measure which was billed as long-term by government officials. The police said they arrived at the scene of the killings, at Jiangzicui Station in New Taipei City, just three minutes after being informed of the incident.
While students at Tunghai University in Taichung prayed for the victims Friday, other students from several colleges presented an action entitled “Trust Taipei” at Jiangzicui Station to encourage people to use the MRT again. The public needed to stand by the basic values of the capital despite the horror of the events on the train, the students said.