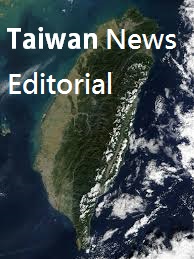 Last week’s outbreak of anti-Chinese sentiment and violence in Vietnam prompted China’s Taiwan Affairs Office (TAO) to call on Taiwan to work with China in developing a coordinated cross-strait effort to safeguard China’s sovereignty in the South China Sea. Taiwan’s Ministry of National Defense was quick to point out that cooperating with China in regards to matters in waters claimed variously by Taiwan, China, the Philippines, Malaysia, Indonesia and Brunei will only deepen any hostility that may exist toward both China and Taiwan among countries to the south.

This is nothing new. China has called repeatedly in the past for a unified stance on the South China Sea, which offers fertile fishing grounds and unexplored reserves of oil and gas. A constant litany of pronouncements from Chinese organs has appealed to Taiwan to cooperate based on the premise that “the South China Sea is the Chinese people’s South China Sea” – clearly implying that “Chinese people” also includes the people of Taiwan.

Here Taiwan must tread carefully and think twice before doing anything that could have unforeseen results. As the Ministry of Foreign Affairs (MOFA) stated quite succinctly last week, "We have no affiliation with the Chinese mainland, and there is no cooperation on the South China Sea issue." In addition, Taiwan has ignored persistent offers by China to “protect” Taiwanese citizens and businesses in Vietnam.

This approach to China’s overtures is spot on. China is a party to many disputes in the South China Sea, not just the most recent one over its billion-dollar drilling rig. China has been involved in skirmishes with the Philippines over reefs and rights, and relations in the region have been extremely tense as China puts increasing pressure on other nations to respect its “nine-dash” line, which extends far beyond limits established in accepted international practice.

If Taiwan were to give even the slightest indication it might consider siding with China on South China Sea issues, two things would happen: first, conditions would immediately become infinitely tougher difficult for Taiwanese investors and businessmen in countries abutting the South China Sea; and secondly, Taiwan’s diplomatic corps would face a formidable task explaining such a move to the governments and people of nations to the south.

Officials from three government agencies reported to the Legislative Yuan last week on their reactions to the riots at in Vietnam. They revealed that China’s Foreign Ministry had launched emergency mechanisms in response to the unease in Vietnam, demanding that the Vietnamese government take steps to guarantee the safety and security of Taiwanese in Vietnam as well as their businesses and property. At the same time China appealed once more to Taiwan to cooperate in upholding China’s sovereignty in the South China Sea.

The violence suffered by Taiwanese personnel and property in anti-Chinese riots in Vietnam is not mere ‘collateral damage” to be written off by investors and operators from Taiwan. These were mob violence pure and simple, and Vietnamese authorities will have their hands full sorting out who fanned the flames and why law enforcement agencies were caught flat-footed by the scale of the violence.

Apologists for Vietnam have offered a number of explanations for confusion that may have led protestors to include Taiwanese companies in violence aimed at China. After all, they say, Taiwan is officially known as the Republic of China, and it was the ROC which established the nine-dash line trotted out as the basis for China’s claims in the South China Sea. Adding further impetus to this line of reasoning is the fact that Taiwanese troops occupy Taiping Island in the Spratly Archipelago.

Another factor that inevitably adds to Vietnamese bitterness against Taiwan is that many Taiwanese businesses have brought in substantial numbers of workers from China. These workers possess work experience and skills that few Vietnamese can match and are better paid than local workers, and there have been frequent reports of conflicts between Chinese and Vietnamese workers, usually after-hours and fueled by alcohol. Such strife keeps resentment close to boiling, and the Chinese positioning of its oil rig, and calls for workers to demonstrate, were all that was needed to set off packs of marauding motorcyclists who confronted Chinese workers and caused serious damage to companies run by Taiwanese.

Last week’s conflict in Vietnam over the South China Sea had nothing to do with Taiwan, yet Taiwanese and their property wound up being “tarred with the same brush.” Hopefully the government of Taiwan will learn a few lessons from the sobering losses of companies that have invested in Vietnam.

Huang Chih-peng, Taiwan’s de facto representative in Vietnam, explained that misdirected vitriol against Taiwan came from people who mistakenly believe Taiwan is a province of China. Taiwan needs to make it known that "Taiwan is different from China.” Taiwan’s representatives in Taiwan should see that companies do everything necessary to differentiate their facilities from those of other countries so they will not be caught in the crossfire in conflicts involving other nations.

There is no history of enmity between Taiwan and Vietnam – on the contrary, Taiwan has long offered assistance to the people of Vietnam, from sending troops and supplies to South Vietnam during the 1960s and more recently through extensive investments in the country. Unfortunately Taiwan’s government has failed to capitalize on goodwill generated over the decades between Taiwan and Vietnam and failed to take steps to ensure the well-being of the nation’s people and property in Vietnam. Taiwan’s citizens working overseas are on the front lines making a better world and building a good reputation for their country around the globe, and they must be assured that their safety and security will be guaranteed by Taipei – not by Beijing.