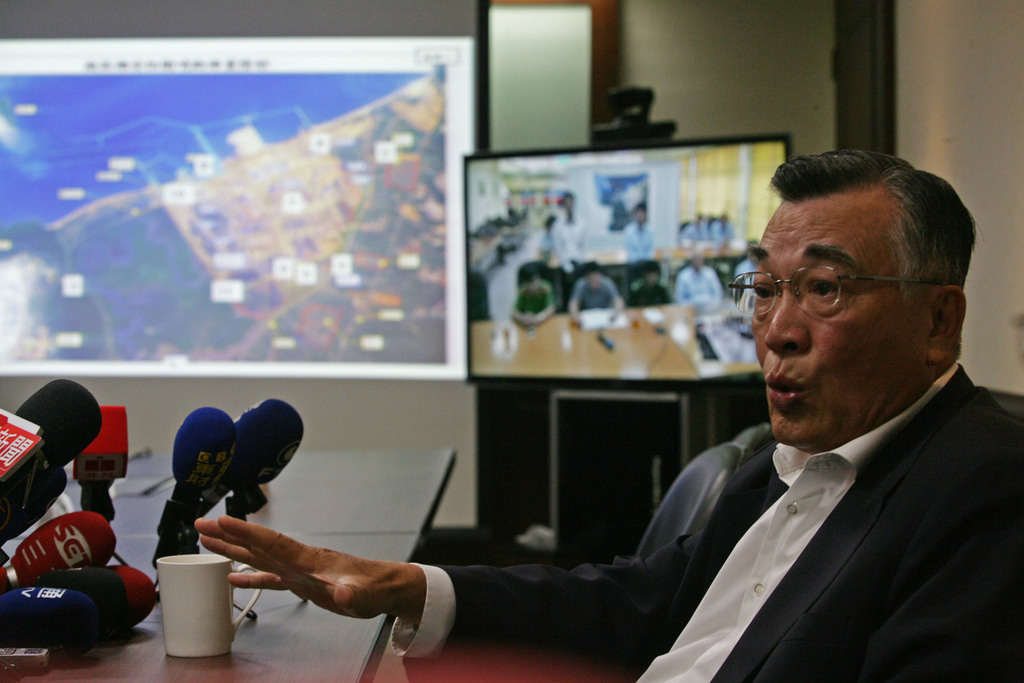 Lin Hsin-yi, chairman of Formosa Plastics Group’s Ha Tinh Steel Plant, said Monday that he will meet with Vietnam’s Deputy Prime Minister and other high level officials and urge them to guarantee investment security and personal security of foreign investors and foreign workers in Vietnam. Lin added that he will demand compensation and reductions in tax rates to make up for losses suffered by the steel company in destructive riots last week.

In a morning videoconference between executives of FPG in Taipei and company officials in Ha Tinh in central Vietnam, Lin said that following several days of anti-Chinese riots which also wreaked destruction on other foreign-owned operations in Vietnam, he has been in touch with a number of government officials including the Minister and Vice Minister of Economics, the Vietnamese de facto Ambassador to Taiwan and the ROC Representative in Vietnam. He said that ROC de facto ambassador to Vietnam Huang Chih-peng is expected to visit the Ha Tinh Steel Plant Tuesday to inspect the damage caused by the riots and offer his condolences to company officials and workers.

Yang Hung-chih, general manager of the the Ha Tinh Steel Plant, said Monday that China is sending three ships ready to transport workers back to the mainland. Yang said the first wave of returnees will be about 3,000 workers and added that he is not certain when they might return to Vietnam again. Meanwhile, he said, contractor China Metallurgical Group and Taiwanese employees of Ha Tinh Steel are working on plans to start up production again at the plant.

Lin Hsin-yi said that repairing the damage sustained in the riots could cause delays of more than 2 months. He noted that the company has already invested over US$6 billion in the plant and does not intend to abandon its project. One development originally slated for start-up at the end of May will have to be delayed because of systems damage and the departure of workers. Other contracts for clients in France, Switzerland, South Korea, Germany and other areas are only half finished and need to be completed. Lin said the costs are substantial but the company hopes to make repairs and get back to work again as soon as possible.