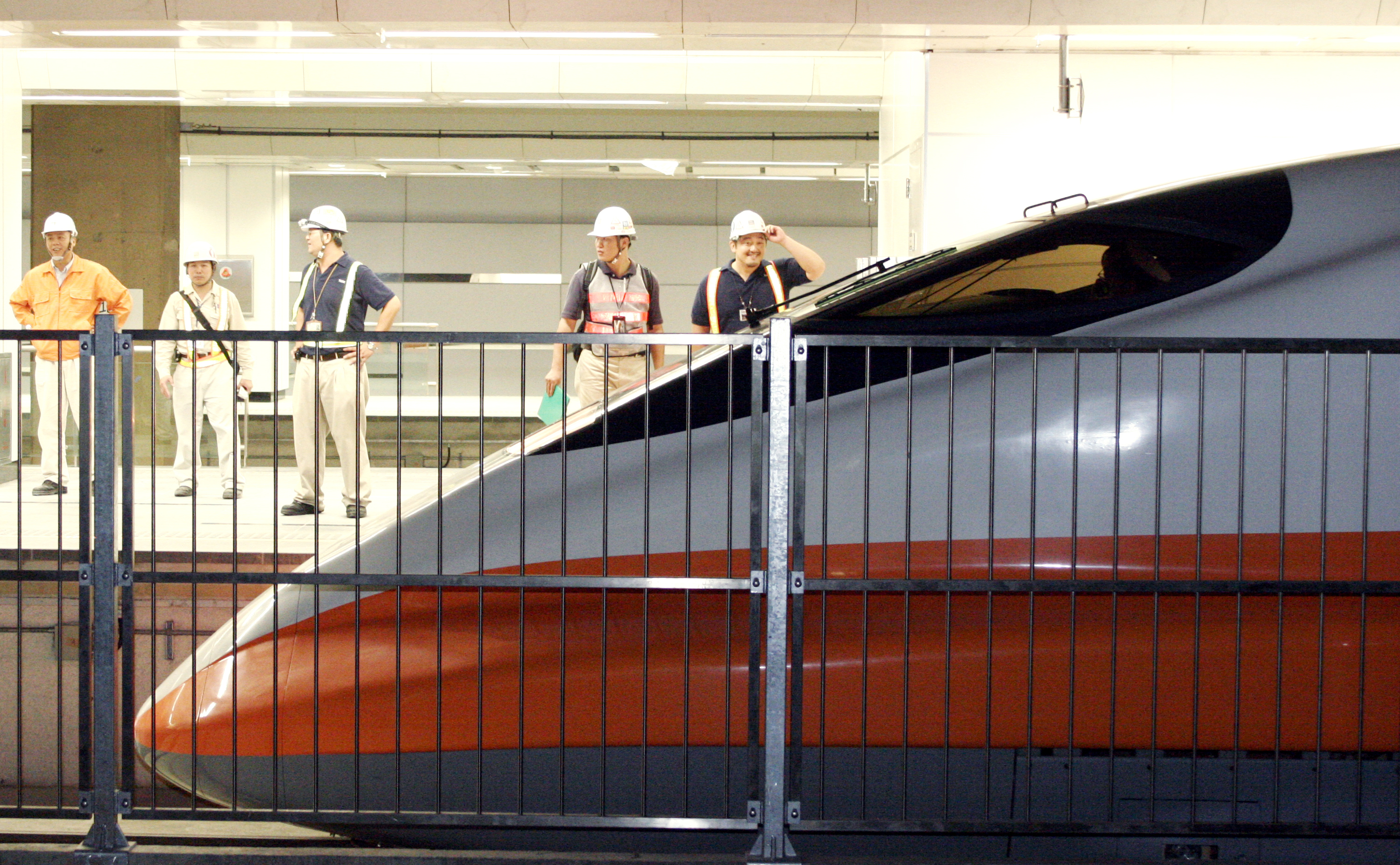 Taipei Railway Station yesterday conducted its first test run of the high-speed rail, amid doubts in some quarters that the service could be launched as scheduled.
According to the Taiwan High Speed Rail Cooperation, it completed Banciao-Zhoying test runs in August, and this was the first time a Taipei-Banciao test run had been conducted. The THSRC will continue conducting test runs until the end of the month.
Deputy Minister of Transportation and Communications Ho Nuan-hsuan said the successful Taipei-Banciao test run was a historic moment that symbolized the fact that the two rail systems in Taiwan - Taiwan Rail and THSRC high-speed rails - will be jointly serving commuters at Taipei Rail Stations in the near future.
Taipei Railway Station will offer three-in-one services, including Taiwan Rail, high-speed rail, and MRT services.
Ho said with the introduction of the high-speed rail into the service, passengers traveling on short journeys would be advised to take Taiwan Rail, while those taking longer trips or planning to travel to Taichung or Kaohsiung should take the high-speed trains as they will travel at an average speed of 300 kilometers per hour.
Ho refuted local Chinese-language reports that the THSRC had changed the high-speed rail inspection date from October 11 to October 21, in a ten-day delay, which meant that the high-speed service would not be launched on October 31 as scheduled.
Ho said the change of inspection date had nothing to do with the THSRC, but rather was because some of the inspectors would be unavailable on October 11.
The overall meeting regarding the inspection is still set for October 25 as scheduled, he added.
According to the Chinese-language China Times, the THSRC has recruited 61 drivers to man the high-speed trains, but as of Wednesday, only 14 drivers had passed the hands-on driving training programs. Moreover, only 2 drivers have applied for licenses from the Bureau of High Speed Rail, the report said.
The report also claimed that other issues such as the operation models for the high-speed rail and the training of maintenance staff were not yet settled. .
Chief Executive Officer of the THSRC Ou Chin-der (歐晉德) said on Wednesday that the THSRC will announce the specific operation models and train ticket costs at the end of the month.
Ou said the THSRC has scheduled October 31 as the day for the company to obtain operation permission from the MOTC, and that the first priority was making sure the high-speed rail passed the safety inspections.
The MOTC said in a statement yesterday that October 31 is still the official launch date for the high-speed rail.