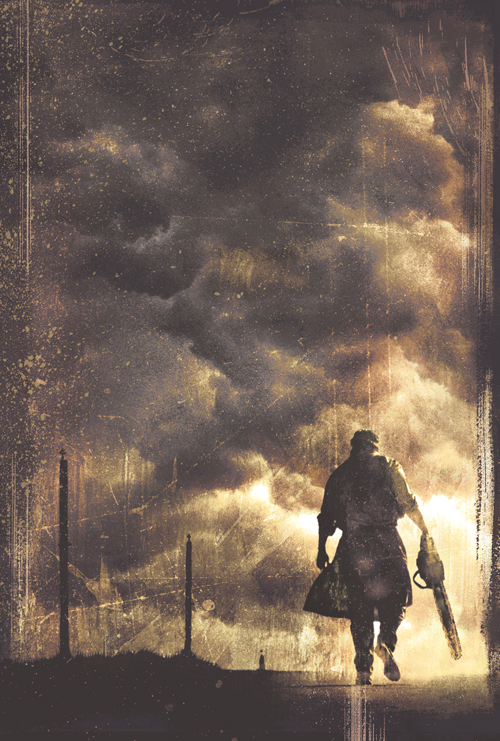 Texas Chainsaw
Massacre: The Beginning
德州電鋸殺人狂:
從頭開使
Directed by: Jonathan Liebesman
Starring: Jordana Brewster, Taylor Handley, Diora Baird, Matt Bomer, R. Lee Ermey, Lee Tergesen, Andrew Bryniarski
Reviewed by: Rene Rodriguez, McClatchy Newspapers
Opens: Today, October 6
It's business as usual in "The Texas Chainsaw Massacre: The Beginning," which purports to be a prequel to the 2003 remake of the seminal horror classic, but is really just more of the same-old in chainsaw land, only bloodier and grosser than before.
Yes, the movie, directed by Jonathan Liebesman ("Darkness Falls") from a screenplay by Sheldon Turner ("The Longest Yard"), explains how the power-tool wielding maniac Leatherface (Andrew Bryniarski) turned out the way he is (short answer: He was picked on by bullies in school). Yes, we find out how the murderous and obviously insane sheriff (R. Lee Ermey) came to wear a lawman's badge (he just killed the former sheriff and took over the job).
And yes, we finally discover why this particular family is so fond of slaughtering anyone who steps onto their property and then dining on their flesh (they couldn't afford real food). As you've probably deduced by now, none of this origin stuff is the slightest bit interesting - a sentiment the filmmakers apparently share, judging by the scant screen time they devote to it. Besides, any self-respecting "Chainsaw?" fan already knows Tobe Hooper, who directed the 1974 original, loosely based his movie on the exploits of Ed Gein, the Wisconsin serial killer who also inspired "Psycho."
But Hooper, who served as a producer on "The Beginning," obviously isn't above beating this deadest of horses, and anyone who buys a ticket for the new film probably isn't interested in sitting through "Leatherface: The Terrible Twos" anyway. The bulk of this oppressively vicious, sadistic picture details the various tortures and degradations suffered by a cast of young, good-looking, vaguely familiar actors, such as Jordana Brewster and Taylor Handley.
If watching people having their faces cut off, getting their legs amputated and having their throats tenderly slit is your idea of a horrific good time, you'll certainly get your money's worth here. Me, I share the sentiment of the extremely vocal young woman who sat behind me and yelled out "Ay Dios mio, I don't want to watch this movie anymore!" Amen, sister.