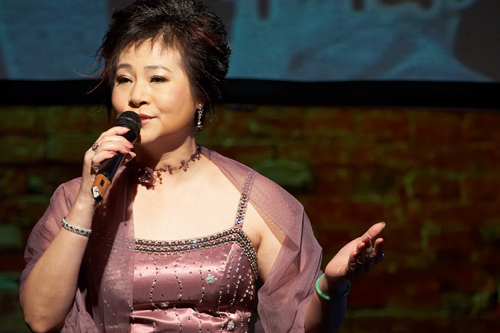 The Mid-Autumn Festival celebration this year has been styled, "bringing people together on the full moon" because it is traditionally a time for families to reunite. The night of celebrations this national day will be held in Dapingding Park, Kaohsiung City from 7:00 to 9:00 pm on Friday, October 6. The event promises to be a dazzling spectacle of lights and music.
The lineup melds "the ancient and the modern","the artistic and the traditional" with special invitations extended to acts from New York City Lincoln Center and the Sydney Opera House. Remarkably, this is the first time ever that Chinese people have hosted Lincoln Center talent. Also on the docket is the acclaimed Kaohsiung City Chinese Orchestra. The Taiwanese-style orchestra features a down-home folksiness and colorful artistry within a sophisticated backdrop. Now, it brings its traditional sounds compact with Taiwanese flair to the world stage, serving as cultural diplomacy. Kaohsiung City Chinese Orchestra has already begun making the arrangements for a show that is likely to impress the audience and shower them with the warm sensation that only music can bestow.
As for old folksongs, artists Wen Sia, Wen Siang, and Kung Lan-hsun sing to a swaying Taiwanese melodic instrumentation with a moving tribute entitled, "Pass the Mid-Autumn Festival with the Fine Memories of the Golden Oldies." Wen Sia is a highly popular Taiwanese song-meister with an incredible 1200 tracks recorded and over a decade on the road. He has won the title "Formosan King" because his rise in career closely parallels that of Taiwanese music history. Wen Siang has been one of the four female backup singers for Wen Sia. Miss Kung Lan-hsun had always been a crowd-pleaser in the 60s and often served to entertain the troops.
She gained a reputation as the Little Flower and her name was known far and wide. Being all the rage, she made it into the movies and more recently has given her all in vocal performance and fundraisers for charity-proving that she is as hot as ever.
Organizers hope to bind the audience together under a moonlit sky and warm their hearts with the quaintness of song after song performed by a Taiwanese ensemble and the best of Taiwanese songbirds.