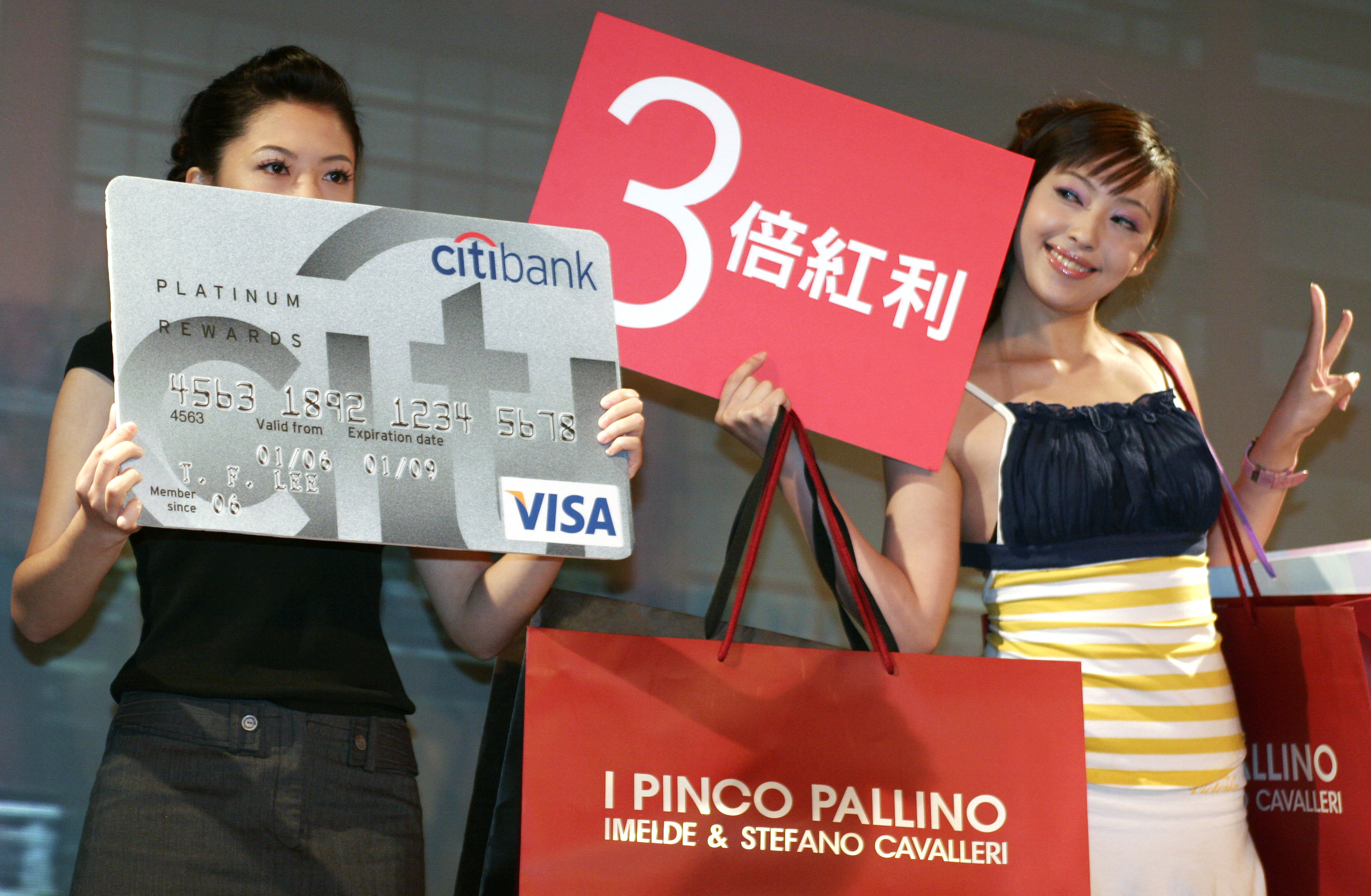 Ratcheting up the competition in Taiwan's intense credit card war, Citibank yesterday unveiled a lifestyle-driven rewards program that promises to give three times as many bonus points as its rivals' loyalty programs, top bank officials said yesterday.
Confident that the worst is over for Taiwan's bad credit and cash card debt crunch, the consumer banking giant launched its Citibank Platinum Rewards Card - a loyalty program that offers four credit card options to consumers, said Victor Kuan, Citibank consumer banking group and country business manager.
The rewards program promises to grant cardholders one bonus point for every NT$10 spent on their plastics. Most of Citibank's rivals offer a bonus point for every NT$30 or NT$20 spent on their cards, according to Pradeep Pant, head of Citibank's credit card division.
Unlike other card issuers who put a two-year expiration date on their bonus points, Citibank's points are "evergreen" - they carry no expiration date - and could be redeemed quickly, Pant said. The card issuer also has an extensive catalogue of items up for redemption ranging from jewelry and beauty products to consumer electronics and quality kitchen ware.
"We have 300-plus items up for redemption," said Pant, adding that their competitors only offer an average of "200 to 250 items" to cardholders.
Citibank also guarantees that the redeemed items will be delivered to the cardholder within seven working days. Its rivals promise to deliver their gifts in two to four weeks.
Tailor-made options
"We are launching a very unique product, not only because it is definitely better than the other cards in the market, but because it allows customers to pick the product that suits their lifestyles," Pant said.
The card options are tailor-made to meet the needs of four market segments: Young professionals, families, frequent travelers, and roadtrippers.
According to studies conducted by Citibank, the first group - young professionals - is constantly on the lookout for good bargains and discounts. The second group, families, is comprised of older consumers who go for quality and value. The third consumer segment is comprised of individuals who often travel for business or leisure while the fourth group, roadtrippers, allots a large chunk of their discretionary income to car services and fuel.
Consumers have the option of choosing one of the four above-mentioned lifestyle-driven cards, Pant said.
"Customers get to pick the card that they want," consumer banking group head Victor Kuan added.
The rewards program also tops the market in terms of merchant coverage, Pant said. To date, 28 department store chains and all gas or petrol stations in the country are covered by the program. Citibank's platinum card for travelers likewise covers 75 airlines as opposed to its rivals' 10 to 50 air carriers, he added.
"We also have a special offer during the mid-autumn festival," said the bank official. "Those who will get our new platinum rewards card during this period will be getting 10 times more rewards or bonus points for one month (starting from the day they activate their cards)."
Consumers who get their platinum rewards cards between now and December 31 of this year will be entitled to Citibank's month-long special offer.
Meanwhile, members of Taiwan's Banking Association have agreed in principle that they need to build an "early warning system" that would help them monitor and control risks associated with bad credit and cash card debt, Kuan said yesterday.
The participating banks however have yet to flesh out the details of such a consolidated credit scoring system, he said.
Delinquency rates surged in 2005, squeezing credit card profitability and causing a credit tight-up. This prompted card issuers to focus on risk management and look for other fee income opportunities.
Industry observers said the charge-offs reached a peak earlier this year, and had subsided during the second half.