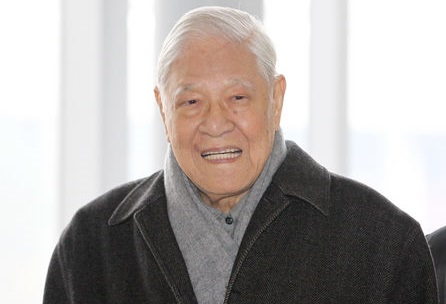 Former President Lee Teng-hui took to Facebook Sunday to urge the nation’s leaders to listen to the voice of the people, understand their suffering and offer a specific and sincere response to the demands of students and the people. He called for a national constitution conference to discuss recent political problems and seek solutions to the many issues that are dividing the people of the nation.

Lee noted that the students’ actions during the ten days that they have occupied the Legislative Yuan are a testimony to the importance of persistence and dedication in pursuing goals. He said the young protesters’ accomplishments during this period show the world the how strong and vital Taiwan's democratic spirit is. As long as the youth are engaged, he said, there is real hope for the country.

Lee added that he believes the people of Taiwan will look back on the past few days and understand that democracy is much more than just casting votes in elections. He stressed that people must also be ready to actively participate in political and social movements and keep close tabs on the nation’s officials and elected representatives.

Lee said he looks forward to a future where there is widespread social justice and the nation is led by opinion leaders who are willing to stand up and take on responsibility and work together with others to iron out the country's future. One way to do this, he said, is to convene a national constitutional conference that will resolve some of the political disputes that have led to the current impasse. That will be a significant step toward creating greater happiness among the people.

Lee also acknowledged the efforts of police and law enforcement officials who are on the front line in maintaining order and protecting the well-being and rights of the masses of people involved in the protests. He noted that police officers are trained to know that one of their fundamental responsibilities is to protect the lives and property of the people. He cautioned everyone, both the police and ordinary citizens, to remember that they must offer mutual respect and avoid violent clashes and confrontations at all times.

Lee finished by exhorting everyone taking part in the demonstrations on Ketagalan Boulevard and the surrounding area to remain calm. He noted that the students involved in the campaign have been peaceful and rational in presenting their demands. They have accomplished a great deal in the past week or so, said Lee, and he expressed his hope that no one else will get hurt in this great democratic movement.