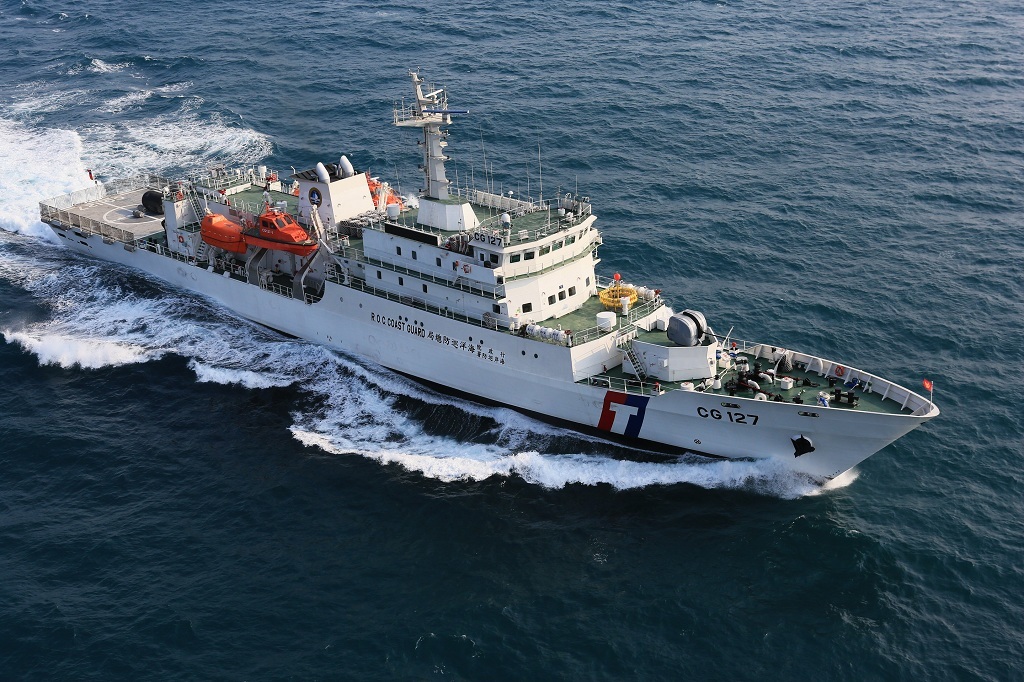 Taipei, March 15 (CNA) Five Taiwanese coast guardsmen were on their way back home Saturday evening after a Chinese fishing boat that crossed into Taiwanese waters tried to escape with them aboard earlier in the day.
Coast Guard vessels were hauling the fishing boat and its nine-man crew to Keelung Harbor in northeastern Taiwan, the Coast Guard Administration's Keelung patrol team said. They were expected to return around 6 a.m. Sunday.
The team said it sent a patrol vessel to 17 nautical miles northeast of Pengjia Islet, off the coast of Keelung, after a Taiwanese fisherman reported a dispute with a Chinese fishing boat in the area at around 11:30 a.m.
Five coast guardsmen boarded the vessel at around 2 p.m. and instructed the captain to come to Keelung to file a statement and settle the dispute.
Coast guard personnel were however unable to enter the cabin, at which point the captain claimed "the boat was malfunctioning" and changed heading to move in a northeast direction.
The coast guard's Maritime Patrol Directorate General said it sent five support vessels to pursue the fleeing Chinese ship before managing to surround it some 40 nautical miles northeast of Pengjia Islet. (By Sunrise Huang and James Lee)