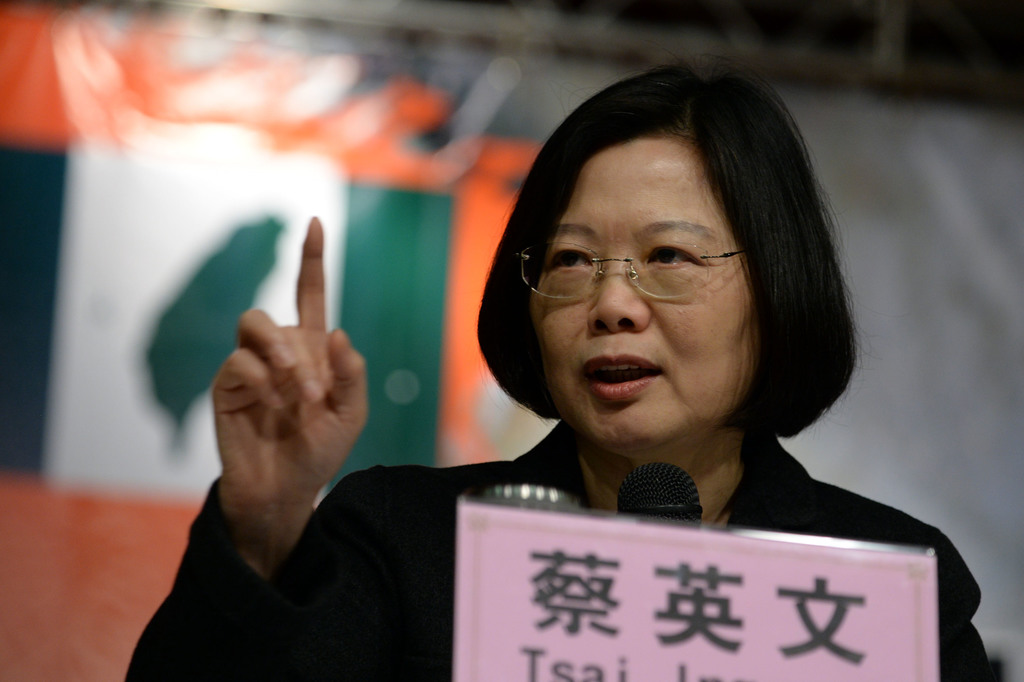 TAIPEI (Taiwan News) – Tsai Ing-wen officially announced Saturday she was running to reclaim the post of Democratic Progressive Party chairwoman in the May 25 election.
Incumbent chairman Su Tseng-chang and former Premier Frank Hsieh have also declared an interest in the next two-year term as opposition leader. The struggle for the party position is also likely to influence the race for the DPP nomination for the 2016 presidential election.
“The DPP and Taiwan society must take that step forward, because if they insist on living in the past, they will only be discarded,” Tsai, 57, told the news conference where she announced her decision to run. Media reports earlier in the week had already speculated she was close to joining the race.
Hsieh repeated his stance that the new DPP chairperson and the next presidential candidate should preferably be two different persons. One of the chairperson’s tasks was to help candidates get elected as mayors, lawmakers and president, he said.
At her news conference, Tsai responded to his call. “I am a political figure, and a mature political figure, so I don’t need to be protected,” she said, implying that Hsieh wanted her to stay away from the chairmanship so she could be stronger as a potential candidate for 2016. Many other people in Taiwan needed to be protected more than she did, Tsai added.
She said her election bid was not designed to negate others, but to help the party face the challenge of what she described as a “crumbling Taiwan” mired in trouble. The DPP should move along with the times and let its ideals and policies follow the main trends in society, she said. The DPP must respond to public opinion and become a tolerant party establishing close links with society at large.
Tsai’s remark was interpreted as a reference to last year’s numerous social movements, which often operated independently and separately from the DPP.
Her future responsibility, Tsai said, was to rebuild society’s faith in politics and in political parties, and to open a new chapter in the country’s politics.
She rejected the description first launched by independent Taipei City mayoral contender Ko Wen-je that her rivalry with Su was a struggle between “two suns,” saying the term was too dramatic. A healthy political party needed some democratic internal competition, according to Tsai.
Turning to the next presidential election, she said that “each politician has the responsibility to become the best choice,” but that in the end the voters would decide.
In a reaction to Tsai’s election announcement, Su said that there were three more important things than the May poll, namely the current legislative review of the service trade pact with China, the halting of the fourth nuclear plant, and the November 29 regional and local elections.
Each member of the party had the right to run for chairperson, but it was the responsibility of the leader to take good care of the party and to complete its tasks, he said.
On cooperation with social movements, Su said the DPP was a “party,” or only a “part” which could not represent the whole. It was difficult to satisfy everybody, but the DPP would stand together with the social movements, he said.
Former Premier Yu Shyi-kun, the opposition candidate for mayor of New Taipei City, said the next chairperson’s absolute priority would be to win back power at the national level in 2016. He did not identify any favorite candidate for the party leadership election.
Tsai already ran the DPP from 2008 until after she lost the January 2012 presidential election. She has been widely credited with bringing the party back to prominence after it lost power to the Kuomintang in 2008.