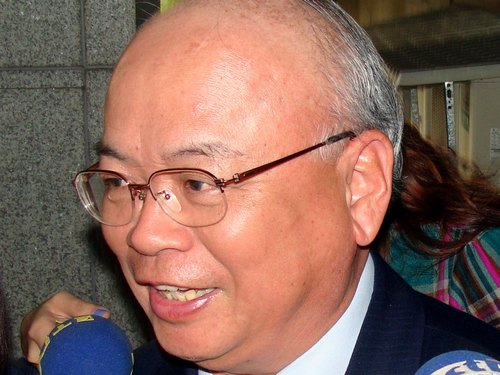 Taipei, March 13 (CNA) Yen Da-ho, currently chief prosecutor of the Supreme Prosecutors Office, has been nominated to be the next state prosecutor-general, the Presidential Office announced Thursday.
If the nomination is approved by the Legislature, Yen will succeed 64-year-old Huang Shyh-ming, whose four-year term expires in April. Huang faces charges of leaking confidential information involving senior politicians including Legislative Speaker Wang Jin-pyng although he is expected to serve out his term.
President Ma Ying-jeou was expected to officially submit his nomination of Yen to the Legislative Yuan later in the day, said Garfie Li, a spokeswoman for the Presidential Office.
Ma's hope is that the next prosecutor-general will focus on combating crime, protecting human rights, enhancing the quality and discipline of prosecutorial agencies and raising people's confidence in the judiciary, Li said.
The 65-year-old yen, who has a bachelor's degree in law from National Taiwan University, has been serving in the prosecutorial system since 1978. He is also a former vice minister of justice. (By Kelven Huang and Y.F. Low)