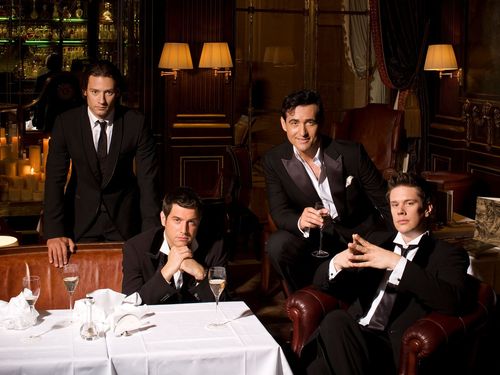 Market & Commodity ■ Taiwan stock market (TAIEX) opened 53 points, or 0.61 percent, higher on Thursday at 8,737 on turnover of NT$2.73 billion. ■ U.S. stocks are finishing mixed after a listless day as traders continue to worry about slowing growth in China and tensions in Ukraine. The Standard & Poor's 500 index managed a small gain Wednesday, narrowly avoiding its first three-day losing streak since January. The S&P 500 increased half a point to 1,868 points. The Dow Jones industrial average fell 11 points, or 0.1 percent, to 16,340. (AP) ■ The price of oil dropped below $98 a barrel Wednesday as the possibility of a deeper economic slowdown in China fed expectations of weaker demand and a report showed a rise in U.S. oil supplies. (AP) World News ■ Ukraine's prime minister says his country "will never surrender" its independence in the face of a threat that its strategic Crimea region could withdraw from the nation and potentially join Russia. Speaking at a Washington think tank on Wednesday, Prime Minister Arseniy Yatsenyuk derided an upcoming local vote in Crimea as directed by Russia and said its results are all but already certain. He said a newly-restored Soviet Union would be "the biggest disaster of this century."(AP) ■ President Barack Obama says that if Russia continues an aggressive path in Ukraine, the United States and other countries will, in his words, be "forced to apply costs" to Moscow. (AP) ■ China's official Xinhua News Agency says a government website has images of suspected debris from the missing Malaysia Airlines plane. The report says the satellite images from the morning of March 9 appear to show "three suspected floating objects" of varying sizes. The report says the largest of the suspected pieces of debris measures about 24 by 22 meters. (AP) ■ The National Transportation Safety Board said it is sending a team of experts to New York City to investigate an explosion and building collapse.The explosion flattened two East Harlem apartment buildings Wednesday as utility workers were on their way to investigate a report of a gas leak. At least two people were killed, more than 20 injured and over a dozen others unaccounted for. (AP) ■ King Digital Entertainment Plc, maker of hit mobile phone game "Candy Crush Saga", expects to be worth up to $7.6 billion when it goes public this month in the United States, amid concerns about its over reliance on the game, according to Reuters. Local News ■ The review of the service trade pact with China at the Legislative Yuan suffered a rocky start Wednesday as the session was adjourned after just two minutes because of heated disputes. President Ma Ying-jeou meanwhile said he hoped the accord, which was signed last June, should be passed this coming June at the latest. Opposition pressure forced the ruling Kuomintang to agree to a clause-by-clause review and vote on the pact by lawmakers. (Taiwan News) ■ The Cabinet said that if lawmakers failed to approve the service trade pact, there would not only be no service trade pact, but also no goods trade accord either. Countries would not trust Taiwan to join the Trans-Pacific Partnership and the Regional Comprehensive Economic Partnership, officials said. (Taiwan News) ■ Opposition Democratic Progressive Party Chairman Su Tseng-chang on Wednesday denied reports he was giving up a bid to be re-elected on May 25 after media reported that his popular predecessor, Tsai Ing-wen, would soon join the race. (Taiwan News) ■ Tseng Ming-chung, chairman of the Financial Supervisory Commission (FSC), said Wednesday that the local bourse's trading volume has surged since the so-called "three arrows" stimulating packages made a debut late last year. The market is projected to see fund flows from housing into equity markets, said Tseng, and he added that more new measures will be rolled out to boost equity markets by the end of March. (Taiwan News) ■ Taiwan's central bank governor Perng Fai-nan reiterated on Tuesday that he didn't see a deflation risk in Taiwan this year. Perng said the Consumer Price Index (CPI) so far of this year has exceeded 1 percent, and he expected a mild growth for 2014. (Taiwan News) ■ Most employees of the Hon Hai/Foxconn Technology Group will get a pay raise from April as part of the group's efforts to take care of its staff amid rising consumer prices, group chairman Terry Gou said Wednesday. (CNA) ■ Taiwan's economic growth may have ranked second last year among the Four Asian Tigers, but President Ma Ying-jeou noted Wednesday that in terms of purchasing power parity (PPP)-based growth, Taiwan comes in first. (CNA) ■ With the Chinese yuan falling to its lowest level this year of 6.1343 against the U.S. dollar, the market is uncertain whether the yuan has depreciated to its lowest point, the dealers said, attributing the recent drop to the U.S. dollar's fluctuations and data on China's macro economic performance. (CNA) ■ Accumulated yuan deposits had increased to 214.5 billion yuan (US$34.92 billion) as of January, said Tseng Ming-chung, chairman of the Financial Supervisory Commission (FSC), at a hearing of the Legislature's Finance Committee Wednesday. (CNA) ■ Travel between Taiwan and Malaysia is unlikely to suffer heavy impact in the wake of the March 8 disappearance of a Malaysia Airlines flight, as no direct evidence suggests that the Southeast Asian country is being targeted by terrorists. (CNA)