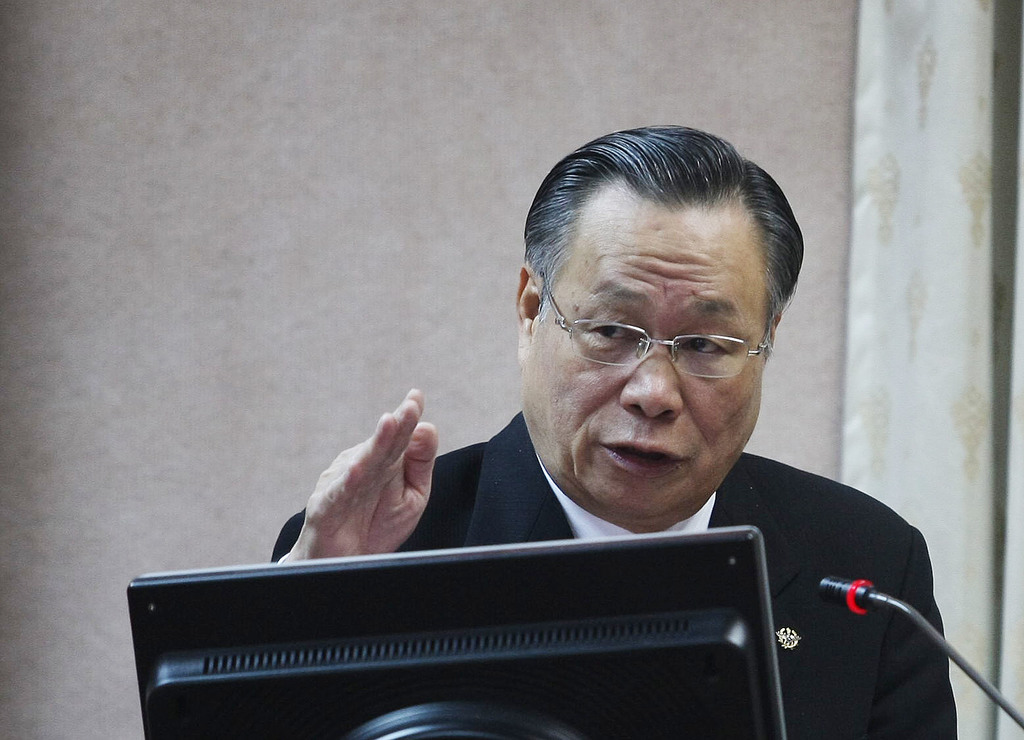 TAIPEI (Taiwan News) – Defense Minister Yen Ming was visiting Singapore to hold military cooperation talks and to visit the nation’s air show, reports said Tuesday.
Even though Taiwan and the Southeast Asian city state maintain no formal relations, military cooperation in the past has been quite close, when Singaporean officers visiting Taiwan to take part in training programs.
Yen arrived in Singapore on Monday at the invitation of the state’s government, the Chinese-language United Evening News reported. The newspaper said that eyewitnesses had seen him boarding a flight at Taiwan Taoyuan International Airport.
When then-Defense Minister Kao Hua-chu wanted to visit the 2012 Singapore Airshow, news of his invitation became public prematurely, leading to an angry response from the city state, which sent a representative to hand over a letter of protest to the Ministry of National Defense. There was even mention of a threat of revisions to the military relationship, reports said.
In the 2013 military budget, Taiwan listed a visit by C-130 transport planes and a total of 64 visits by military staff to Singapore’s Changi Airport for long-range flying training. No such program was mentioned in the public parts of the 2014 military budget, according to the United Evening News.
Yen’s present trip to Singapore suggested that the relationship was still close, according to the evening paper.
The minister’s visit to the air show might also put him into contact with major United States defense contractor Northrop Grumman Corporation for discussions about the upgrading of Taiwan’s F-16A/B fighter jets, reports said. Reports have hinted that the US would stop upgrading the aircraft because of military budget cuts.
Since Northrop Grumman was responsible for the Active Electronically Scanned Array radar systems to be added to the F-16s and was one of the exhibitors at the Singapore Airshow, any problems surrounding the upgrade might come up during Yen’s tour, the United Evening News wrote.
In addition to strengthening its F-16s, Taiwan’s Armed Forces have also bought P-3C anti-submarine planes and would be interested in acquiring more high-end training aircraft, according to the paper.
A South Korean aerobatics team planning to show off the T-50B in Singapore had recently passed through Kaohsiung. While the military was likely to order training planes from the Aerospace Industrial Development Corporation, there was still a possibility that it might turn overseas and order the T-50, varying versions of which Indonesia and the Philippines were planning to buy, the United Evening News reported.
The T-50 is South Korea’s first domestic supersonic aircraft and was developed in cooperation with Lockheed Martin of the US.