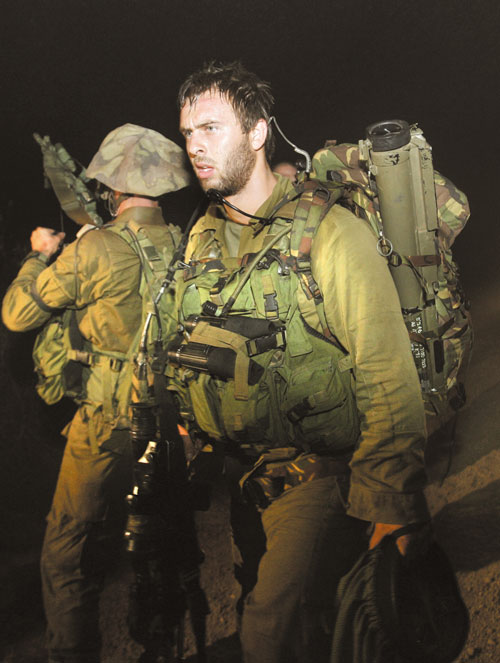 They might have waited until daybreak, for a well-lit photo-finish. They might have corralled the world press at a point on the sprawling border where tanks and troops would rumble through most dramatically.
But unlike previous Israeli army withdrawals, yesterday's exit from southern Lebanon felt scattered, spontaneous, small-scale. There was no fanfare other than a few soldiers who trudged past in the dark carrying national flags and relieved, dusty smiles.
"That's it, it's all over," said an infantry captain after locking the frontier fence outside the farming village of Zarit, formally ending a war that began after Hezbollah gunmen killed eight soldiers and abducted two in a July 12 ambush nearby.
Residents of northern Israel, many still rebuilding lives and livelihoods shattered by Hezbollah rocket salvoes during the 34-day conflict, woke up to new vistas of Lebanese troops and U.N. peace-keepers taking up positions across the border.
"I feel much safer now, like I can finally go out more freely," said Eliran Cohen, a 13-year-old resident of Zarit.
But weighed against such optimism was the knowledge that Israel failed in its objectives, set out early in the war, of crushing Hezbollah and retrieving the two captured soldiers.
Some 1,200 Lebanese, mostly civilians, were killed - a blow to Israel's image abroad, already battered by crackdowns on a 6-year-old Palestinian revolt. Israel lost 157 citizens, mostly soldiers, in its most intensive fighting in a quarter century. Miri Eisin, an Israeli government spokeswoman, voiced satisfaction at the army's success in driving Hezbollah from the frontier, cemented by a U.N.-brokered August 14 cease-fire.
But she allowed that some Israelis may sense an anti-climax. "We all agree that the issue itself is not over," Eisin said. "From the Israeli point of view, until the two (captured soldiers) are returned home, I don't expect a lot of fanfare."
Many Israelis saw the war with Hezbollah as pre-empting a possible wider conflict with its patrons Iran or Syria, the Jewish state's arch-foes. Hezbollah's defiant survival stirred open pessimism within the Israeli government and top brass. In a rare rebuke, military chief Lieutenant-General Dan Halutz told a newspaper that "the result in Lebanon is mediocre." Despite the fact Israel's troops have been quietly quitting former Hezbollah strongholds for weeks, with little incident, a cabinet minister predicted fresh confrontations.
"Whoever depends on gaining security from the Lebanese army's presence in the south is delusional," said Infrastructure Minister Binyamin Ben-Eliezer, a former defense chief. "I imagine we will be seeing all the sights of a Hezbollah (border) presence very soon," he told Israel's Army Radio.
Hezbollah leader Sayyed Hassan Nasrallah has announced that his group had replenished its rocket arsenal. Ben-Eliezer said Israel should assassinate Nasrallah when the opportunity arises to do so without causing a large number of innocent casualties.
The soul-searching in Israel appeared to be enhanced by the fact that the Lebanon pullout was completed on the eve of Yom Kippur, the Jewish fast of atonement.
But Cohen, at least, was pleased with the lack of bombast evinced by the soldiers and three armored vehicles that passed through his village as he slumbered unaware.
"A big ceremony would have been too much," he said. "Why light everything up, and give Hezbollah another target already?"